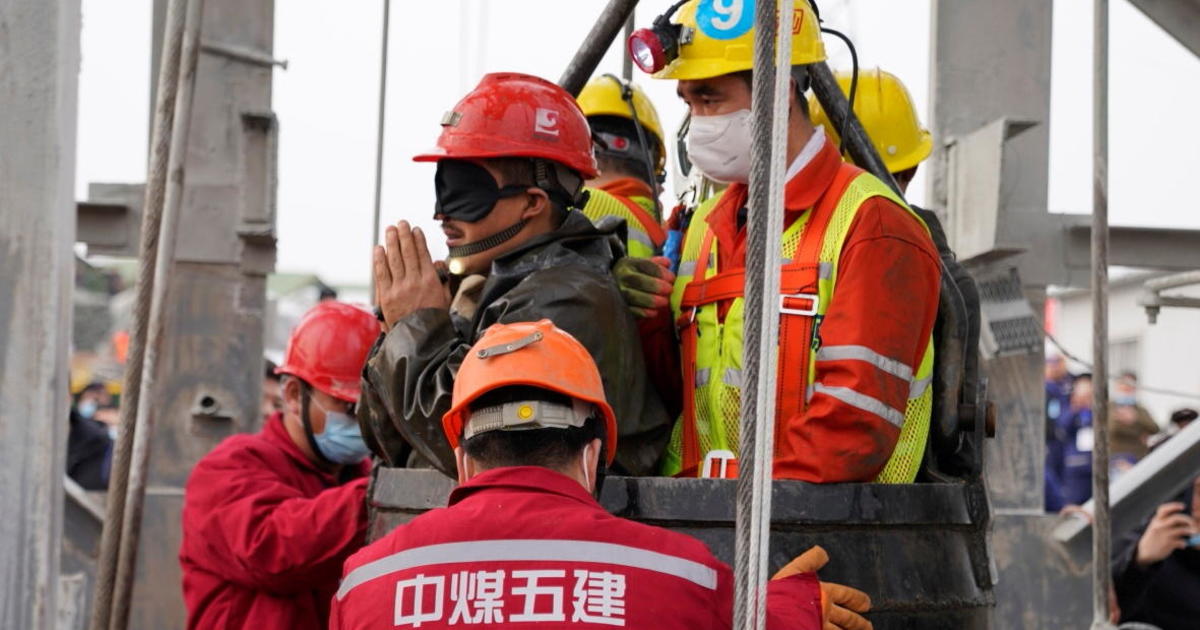 Eleven workers trapped for two weeks in a Chinese gold mine were safely brought to the surface on Sunday, a remarkable achievement for an industry long devastated by disasters and high casualties.

State television CCTV revealed that the workers were dragged one by one into baskets on Sunday afternoon, their eyes shielded to protect them after so many days in the dark.

Some folded their arms in gratitude, and many looked almost too weak to stand up. They were quickly covered with coats at low temperatures and loaded into ambulances.

Hundreds of rescuers and officials stood alert and applauded as workers were taken from a mine in Qixia, a Yantai-run jurisdiction in the eastern coastal province of Shandong.

A worker reportedly died from a head wound after the explosion, which left huge debris in the shaft on January 10 while the mine was still under construction.

The fate of 10 other people who were underground at the time is unknown. Authorities detained mine managers for delaying the signal for the accident.

The cause of the accident is under investigation, but the explosion was large enough to release 70 tons of debris, which blocked the shaft, deactivated the elevators and trapped the workers underground.

Rescuers drilled parallel shafts to send down food and nutrients and eventually evacuate the survivors, 10 of whom were in a lower chamber and one in a separate area a little closer to the surface.

The official China Daily newspaper said on its website that seven of the workers were able to walk to ambulances on their own.

Such lengthy and costly rescue efforts are relatively new in China’s mining industry, which uses an average of 5,000 deaths a year. Increased oversight has improved safety, although demand for coal and precious metals continues to cause corners to be cut. New crackdowns have begun after 39 miners were killed in two crashes in mountainous southwestern Chongqing last year.

UPDATE: A magnitude 7.5 earthquake near New Zealand, second most important of the day – Constitution of the magazine in Atlanta