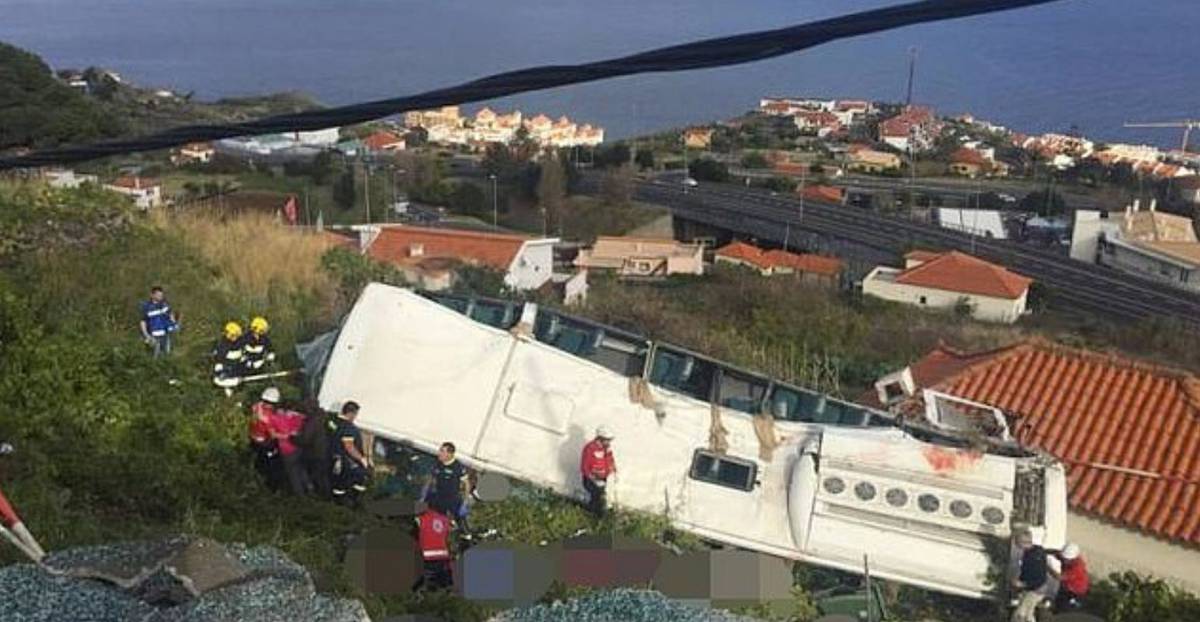 A bus crash on the holiday island of Madeira is believed to have killed 28 tourists.

Filipe Sousa, the mayor of Santa Cruz where the crash took place, said 11 men and 17 women died in the crash – of whom were German nationals

Local media reports suggest the coach was headed to Funchal, the island's capital, and was carrying 55 passengers and a guide when he was out of the road

The coach reportedly overturned after the driver lost control of the vehicle on a bend crashed onto the top of a house. Emergency services were first contacted at around 6.30pm local time.

Distressing video showed the walking wounded being helped away by the scene by emergency responders. Several survivors were sitting on the side of the road