3 climate change science misconceptions you should know about

Despite the existence of the science of climate change for more than 150 years, political lobbyists in the energy industry have spent the last 30 years promulgating doubt about this scientific fact. Even though climate change is probably the most investigated area in modern science, the five most significant publicly-owned gas and oil companies are spending millions to disapprove of the findings.

The companies spend an estimated US$200m each year, lobbying to delay, block, or control any policy that is climate motivated.

Thus, when climate change doubters suggest certain myths that are best fake news or at worse straight lies, ordinary people will find it difficult to see through the misconceptions. These orchestrated lies have impeded the reduction of global greenhouse gases (GHGs) into the atmosphere.

When writing a science homework about the weather, here are three climate change science misconceptions to keep in mind:

Figure 1: These are the global temperatures of the earth for the last 65m years with a future global warming

By looking at the last 150 years since the industrial revolution started, we can notice that the changes are drastic and unnatural. The paleoclimatology modeling suggests that the predicted warming of the future could be extraordinary compared to the past 5m years.

The current argument, however, suggests that earth is recovering from colder temperatures of the 1300-1850AD (the Little Ice Age) with the current temperatures being similar to the Medieval Warm Period of 900-1300AD. The argument is null because both the Medieval Warm Period and the Little Ice Age wasn’t global but only affected Greenland, Eastern America, Iceland, and North-West Europe.

After an analysis of 700 climate records covering the last 2,000 years, there has been no evidence of globally cold and warm periods in the common preindustrial era. The only climatic change to occur worldwide, at the same time and in the same direction, has been in the last 150 years: over 98% of the planet’s surface is gradually warming and accelerating with the emission of GHGs.

The subheading is an incorrect misunderstanding of the workings of a model as it downplays the seriousness of climatic changes in the future. There is a vast array of climate models used in predicting the future climate of the earth, such as the general circulation models (GCMs) to those aimed at precise mechanisms like the understanding of clouds.

In over 20 major international centers, some of the smartest people are teaming up to built and running GCMs, having millions of lines of code that represent the up-to-date understanding of climate change. The scientists continually test the models against paleoclimate and historical data. They also look into individual climate events like massive volcanic eruptions when reconstructing the climate. 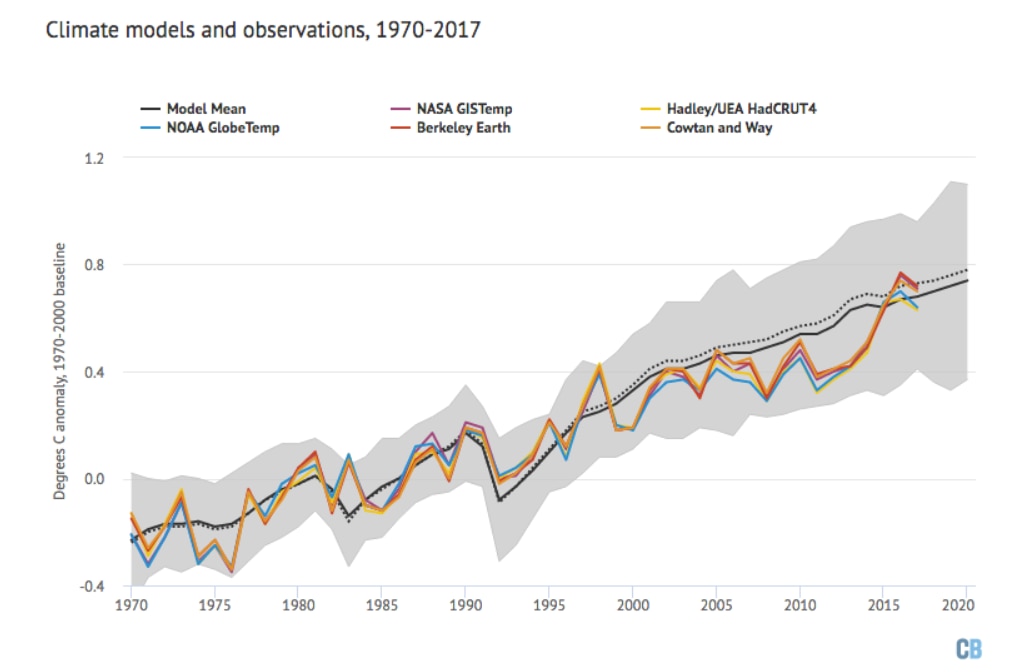 Figure 2: The average of the models is in black, and the model ranges in grey, and they have been compared to observable temperature records from HadCRUT, NOAA, Way, NASA, and Cowtan.

Representing very complex global climate systems, you shouldn’t consider a single model to be correct. Therefore, by constructing so many different paradigms and calibrating them independently, we can be confident in our stand when the models agree.

The statement is a simplistic attack on climate scientists’ credibility. The manipulation cannot be real because the act requires a vast and deep conspiracy covering thousands of scientists in over 100 countries. Scientists are correcting and validating data at every moment.

The differences in recordings may be due to the expansion of many cities and towns. Meteorological stations that were once in rural areas moved to the urban areas, which are suggestively warmer than the surrounding countryside.

If we do not apply these changes, then there would be more considerable change over the last 150 years than the observed actual 1 ◦c of global warming. 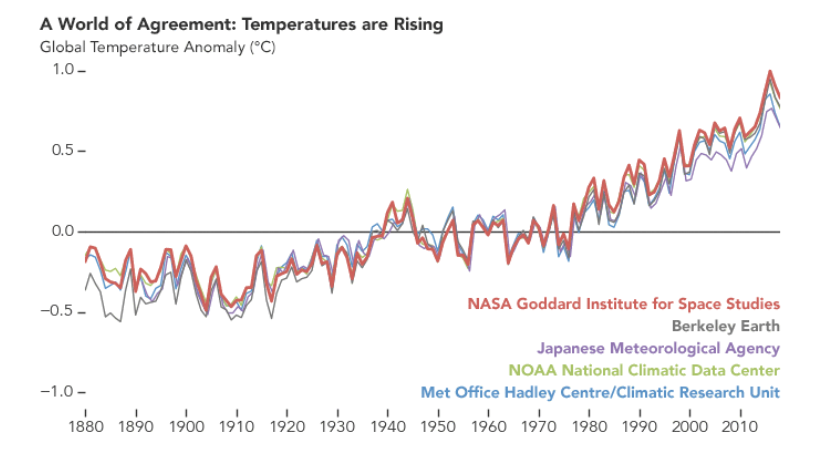 Figure 3: Global temperatures from 1880 to 2018 reconstructed by five independent international groups of scientists