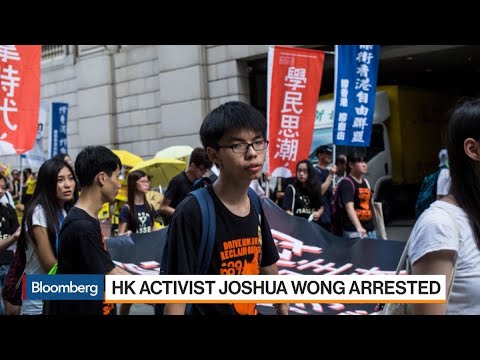 August 29 – Party of prominent Hong Kong democracy activist Joshua Wong says he and another co-founder of the party have been arrested. RTHK television reports the arrest of Independence activist Andy Chan. All this comes as the city looks after the 13th consecutive weekend of demonstrations. Bloomberg's Stephen Engl reports on Bloomberg Markets: Asia.