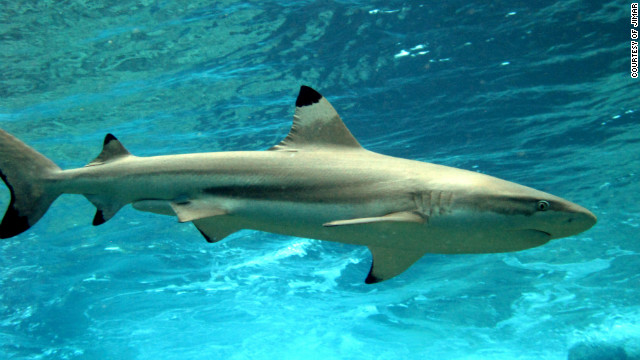 The woman was several hundred yards of offshore kayaking in Anaehoomalu Bay in South Kohala when she was bitten on her right upper thigh, according to a Hawaii Fire Department press release. The tourist was brought to the shore in a kayak and then airlifted to the North Hawaii Community Hospital, where she was in stable condition, according to the fire department.

The fire department flew over several miles of shoreline after the woman was bitten and did not see any sharks in the water. However, the beaches in the area are closed until further notice, according to the County of Hawaii Civil Defense Service.

The bite was approximately 12 inches in diameter and came from a five-foot blacktip reef shark, Dan Dennison, and spokesman for the Hawaii Department of Land and Natural Resources. Dennison told CNN that this is unusual.

"[There is] No record of this species biting anyone in Hawaii," he said.

This is the third shark attack in the state of Hawaii in 2019, according to department records. The last incident happened with a victim in a canoe. The shark bit the side of the canoe but did not injure the boater.

In 2018, three incidents were reported, including an attack that cost the victim their right leg below the knee. No fatalities have been reported since 2015.