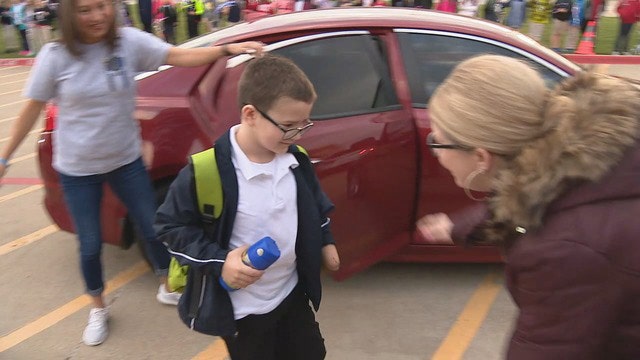 Brisen Fullbright went to school with police and firefighters. (Fox 4)

A 7-year-old boy with cancer, known by the Texas family as a fighter, received great healing when he went to school with the Burleson police and the escort fire.

Brayen Fulbright, who struggles with One Year Cancer, who also left him with an amputated hand, was greeted when he got into the Fraser Primary School, as reported by Fox 4.

The guy diagnosed synovial sarcoma, one of the rarest forms of soft tissue cancer,

The Burlesons and fire escorts in Texas. (Fox 4)

Frazier Elementary School welcomed the police and the firefighters. (Fox 4)

"We wept and wept and stared at him in this bed as he restored thanks to God," his mother said.

A 20 minute drive south of Fort Worth.