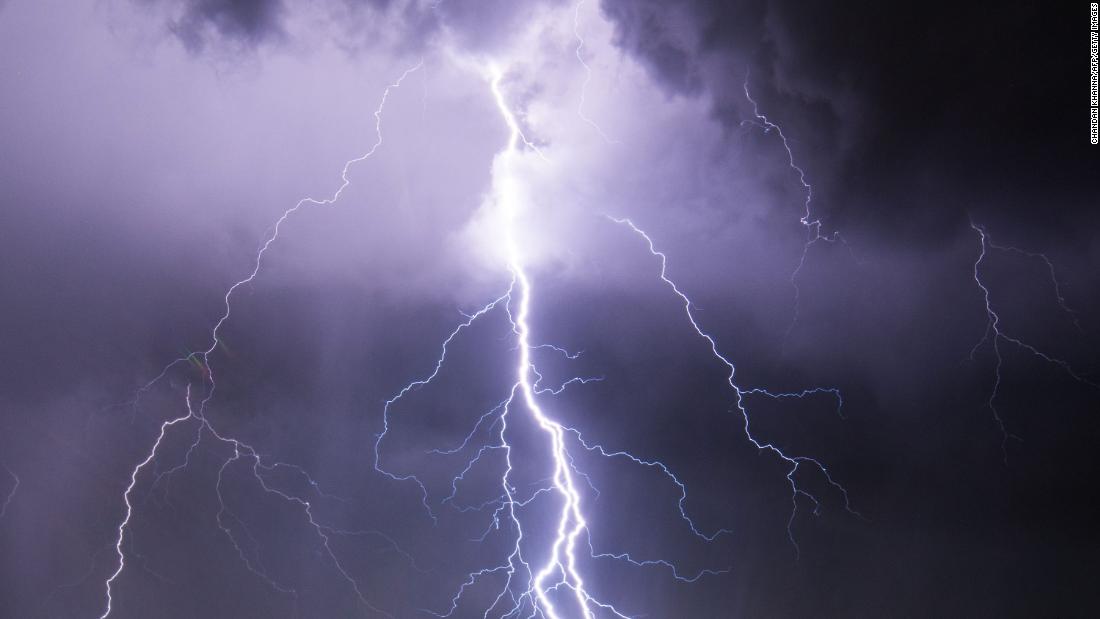 The tree fell at a dolphin swim club, an outdoor park in Bucks County about 20 miles northeast of Philadelphia, shortly after 5pm ET, Oettinger told CNN. Oettinger said he knew the tree had been struck by lightning due to burn marks.

Two adults and seven children were injured, CNN news agency WPVI-TV reported.
"The rescuer and the staff who were here removed everyone from the tent before the first responders arrived here," Oettinger told WPVI,

Three people were seriously injured while six others were injured, he said.