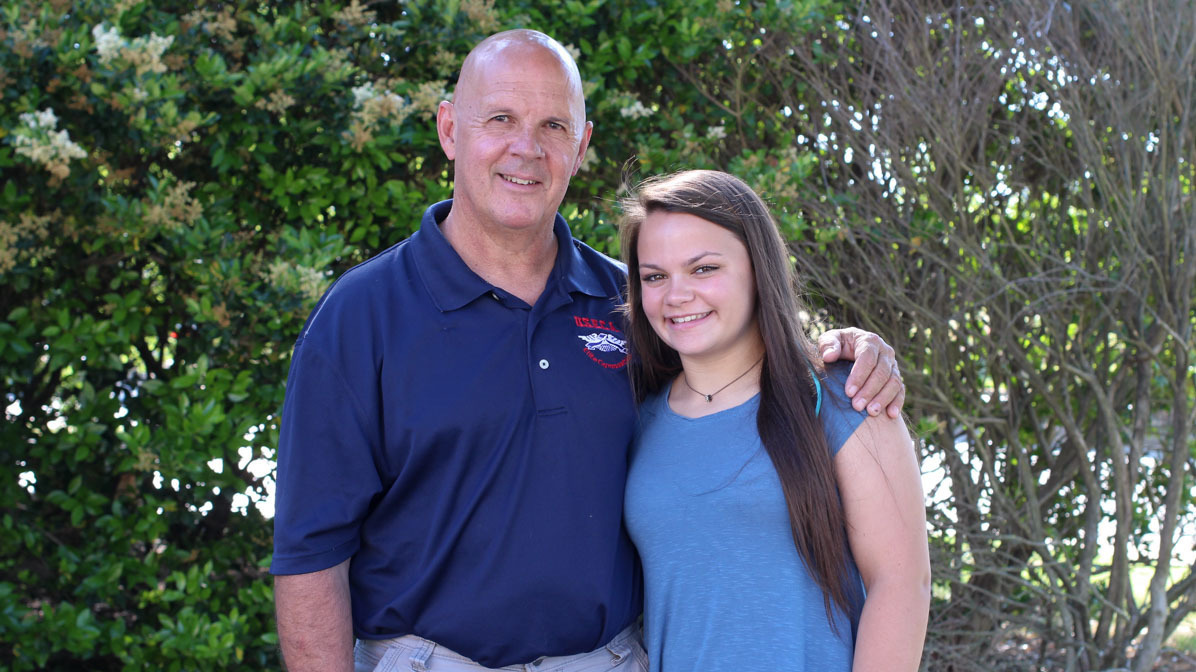 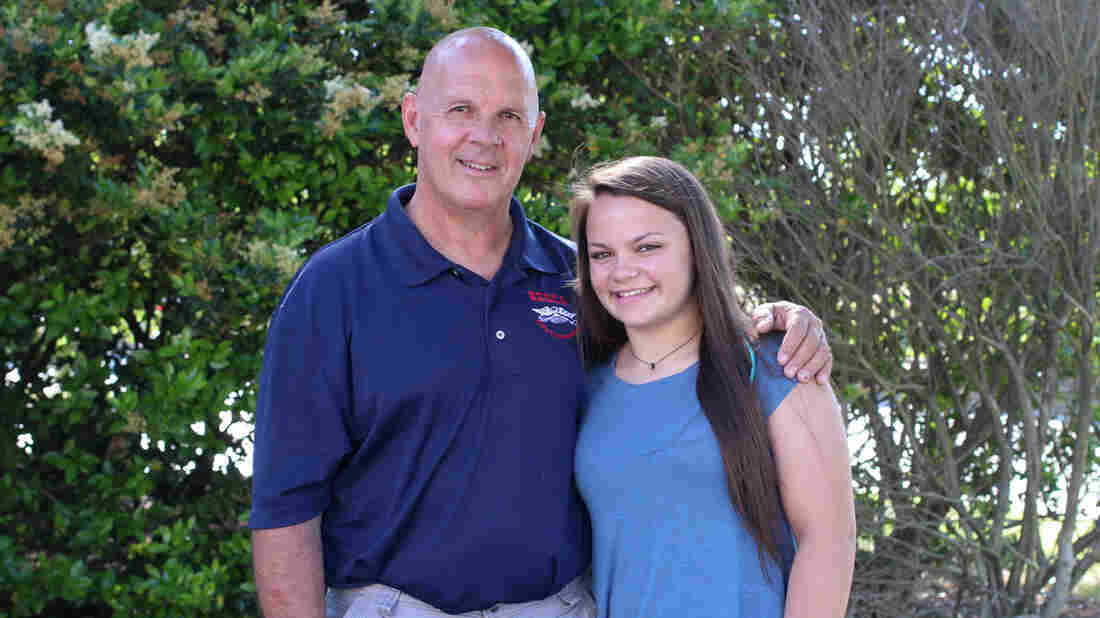 Greg Force and Abby Force at StoryCorps in Greenville, S.C.

Greg Force and Abby Force at StoryCorps in Greenville, S.C.


A half-century ago, America's dreams were realized in space. The power of U.S.

This mission was made possible by a diverse team of engineers, astronauts and mathematicians.

In 1969, Greg Force lived in Guam, where his father, Charles Force, worked as the director of a NASA tracking station that helped connect the capsule with NASA Mission Control for voice communication

"I loved it," Force told his daughter, Abby Force, in a StoryCorps interview. "

After Apollo 11 began its departure from the moon, a problem arose – and bearing had broken in the dish antenna needed to track the ship. Without it, NASA risked losing the ability to communicate with the capsule as it approached Earth.

Scrambling to find a solution, Charles called home, hoping that Greg's child-size dimensions could be of assistance. He asked Greg to come to the tracking station and squeeze his arm through the antenna's access hole and pack grease around the bearing.

"I would take a big a handful of grease – you know, you squish it, "Greg says. "

Greg succeeded, and on Day 8 of the Apollo mission, and NASA's public affairs officer noted his contribution in an announcement from Apollo Control:

"The bearing was replaced with the help of a 10-year-old boy named Greg Force who had arms small enough to work through a 2½ inch diameter hole pack [the bearing]."

] The rest is history. This year, America celebrates the 50th anniversary of the Apollo 11 moon landing, an event firmly planted in the nation's collective memory. 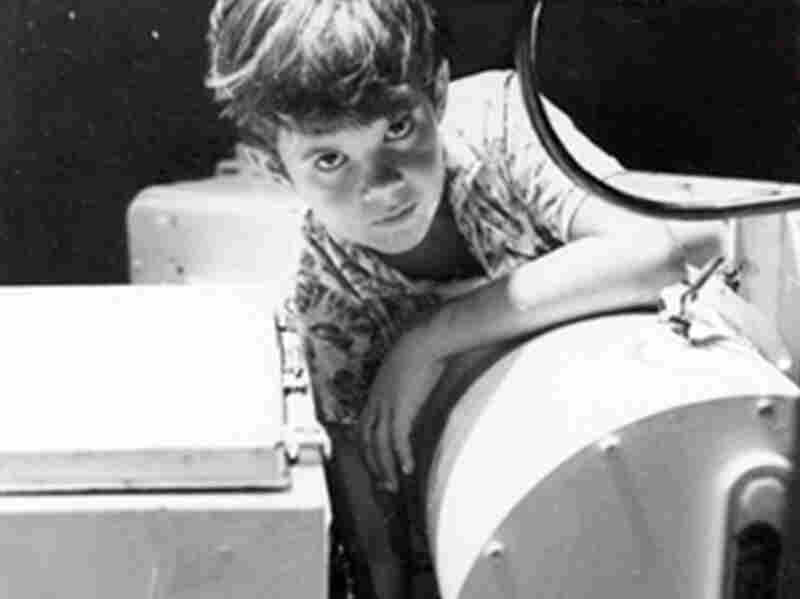 Ten-year-old Greg Force in 1969, lubricating the antenna bearing at the NASA tracking station in Guam. 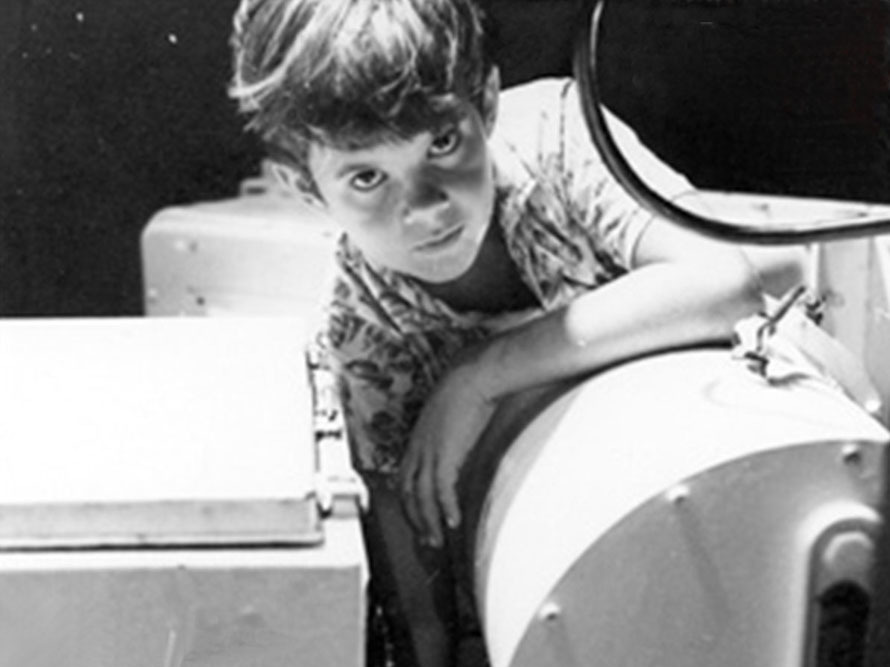 Ten-year-old Greg Force in 1969, greasing the antenna bearing at the NASA tracking station in Guam

Greg, now 60 and the owner of a gymnastics studio, says he wanted to follow his father's footsteps and work for NASA, but his colorblindness prevented him from becoming an astronaut.

His father, Charles, died in 2007 after 29 years of service to NASA

Following the Apollo 11 mission, Charles continued to develop NASA's Tracking and Data Relay Satellite System. , the technology he helped implement "replaced an aging ground-based communications network and was designed to increase time spacecraft communications in the ground and improve the amount of data that could be transferred. in use today. "

Though he never went on a career at NASA, Greg's role in history has been memorialized. He is inspired by a child's book title Marty's Mission: An Apollo 11 Story by Judy Young

His 17-year-old daughter admired both her father and grandfather for the roles they played in history. ] "I mean, I think it's pretty dang important," Abby says. "My dad helped with Apollo 11. I look up to you and Pop Pop for it."

StoryCorps is a national nonprofit that gives people the chance to interview friends and loved ones about their lives. These conversations are archived at the American Folklife Center at the Library of Congress, allowing participants to leave a legacy for future generations. Learn more, including how to interview someone in your life at StoryCorps.org.