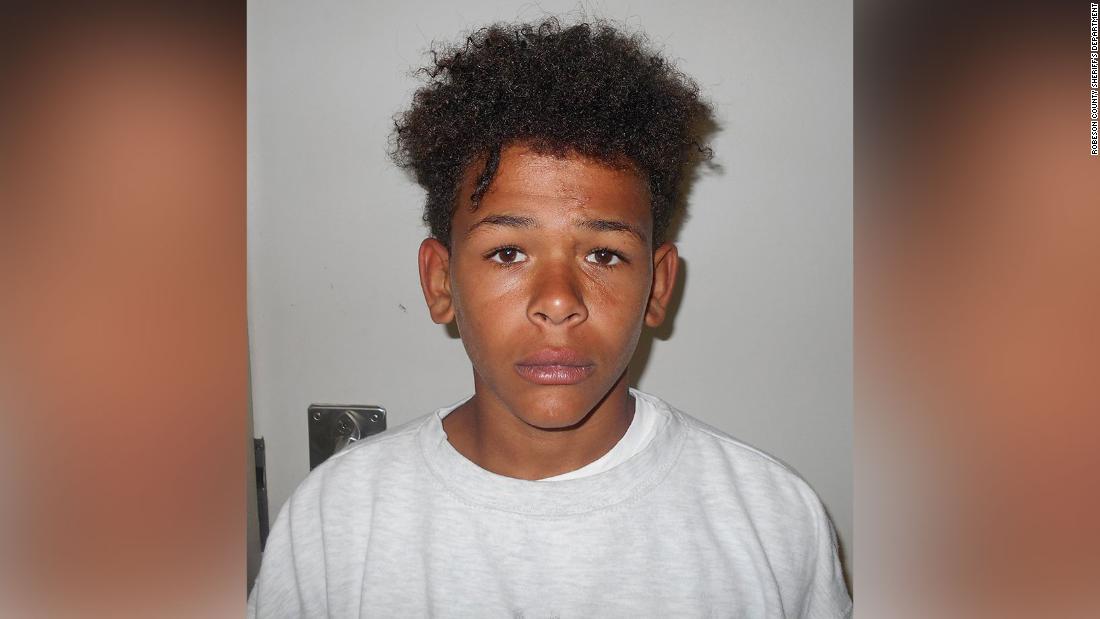 The boy, identified by state authorities only as Jericho W., fled around noon from the building of a social services department where juvenile hearings are being held, the Robeson County Sheriff's Office reported.

He had to face two counts of first-degree murder and a charge of robbery with a dangerous weapon, the sheriff's office said. Several law enforcement agencies are looking for him, including by air using helicopters, authorities said.

Authorities have a "high level of safety concern for both minors and the public" because of his "previous history of offensive and unpredictable behavior," the state Department of Public Safety said.

Details of how the boy escaped were not immediately released. He appeared in juvenile court on Tuesday morning, according to the Department of Public Safety. According to the sheriff's office, he was wearing a leggings and no shoes.

He was wearing a T-shirt and beige trousers near the facility, at the intersection of North Carolina Highway 27 and Country Club Road in Lumberton, the sheriff's office said. It was not immediately clear whether he still had safety legs.

The Department of Public Safety stated that state law prohibits the release of details of charges against Jericho because he is a minor. The law, however, says authorities may release the name and last original name of some of the minors who have fled.

Authorities have asked the public to report any sightings of the boy.

Tina Burnside contributed to this report.