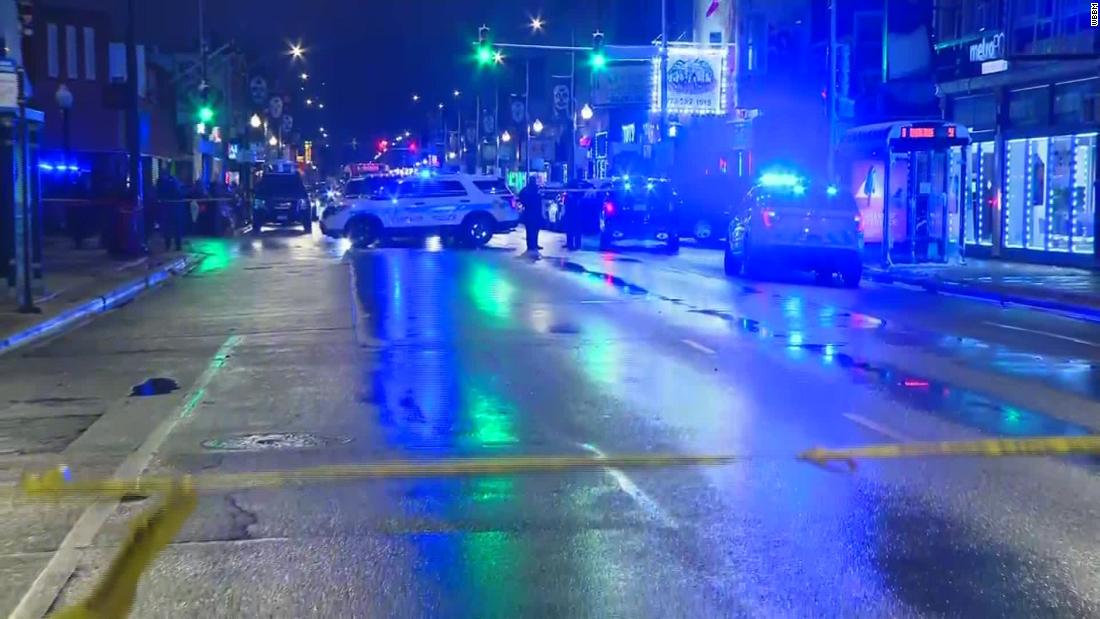 The teenager is scheduled to appear in court Saturday to face two counts of attempted first-degree murder and two counts of aggravated battery in a shooting that also left a man injured.

The girl, dressed as a bee, was doing the trick with her family around 5:30 pm Thursday in the Little Village neighborhood when a group of men chasing another man began shooting, Chicago Police Sgt. Rocco Allioto told reporters.

The child was shot in the lower neck, police said, and is in critical condition at Stroger Hospital.

A 31-year-old man was also shot dead in the incident. He was in stable condition Thursday night after being transported to Mount Sinai Hospital with a gunshot wound to his left arm, police said. There is no connection between the victims, police said.

The child is "fighting for his life," Aliot said Thursday.

"This is unacceptable. This is a 7-year-old girl who is tricked or treating her with her family here and happens to be shot because a group of boys want to shoot another man while there is a street full of children,

Police believe the shooting was the result of a dispute between two gangs and multiple offenders, but police have no exact number, said Chicago Police Chief Eddie Johnson. Jason's mask on Friday the 1

3th.
Detectives recovered firearm what could be related to the shooting, said chief communications officer in chicago Anthony Guglielmi via Twitter [19459008
Johnson called the shooting "reprimand" and the people behind it – cowards at a news conference Friday historically low levels of homicides and shootings in October in the city.

"None of this matters if the parents who live in certain communities cannot even bring their children to Halloween," he said.

Sheen Jones and Ray Sanchez contributed to this report.