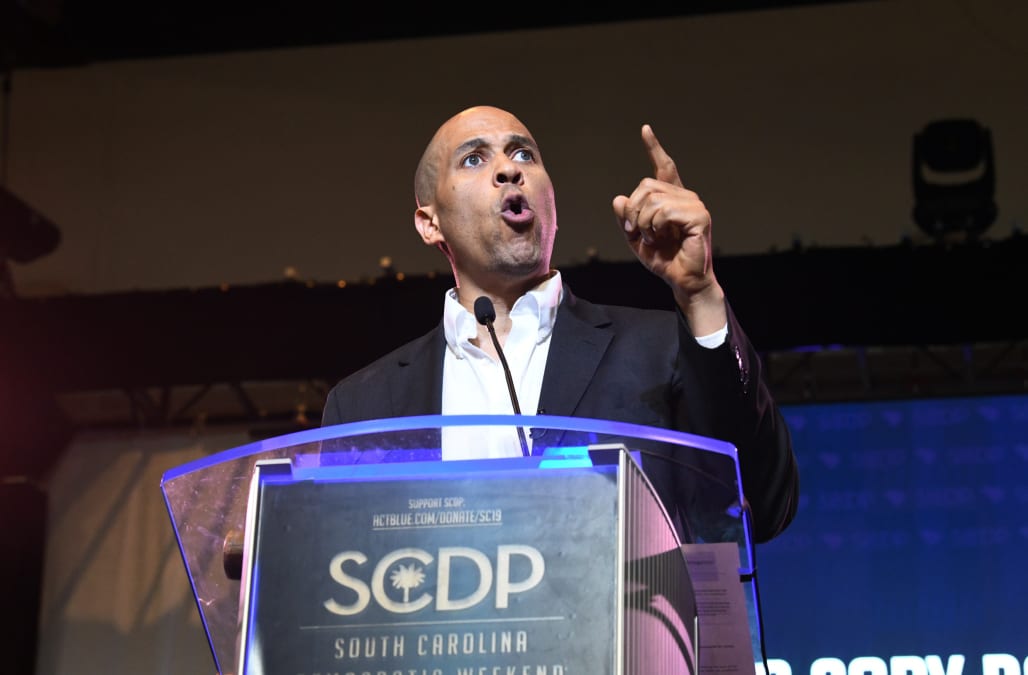 Sen. Cory Booker, DN.J., criticized his rival US president Joe Biden on Sunday, saying the former vice president was doing a bad job of healing racial divisions in the country.

"We have one destiny in this nation, and right now the vice president does not do a good job for me to bring people together," said Booker on NBC's "Get to Know the Press."

He added, "Actually he is caused – and I have heard this from people around the country – causes many disappointments and even pain with words. "

Earlier in the interview, Booker cites the comments Biden made for work in the Senate decades ago with segregationists like James O. Eastland. On fund raising earlier this month, Biden said that Eastland "never called me a boy," an epithet used against black men. – in a way that caused many injuries and injuries. And I called him, "Booker said on Sunday. "Instead of going forward, saying," I could say better, "or" Let me tell you what I meant, "he's fallen into a protected thief."

Biden's position on racial issues has become a focal point in 2020 following debates last week. At the biggest moment of the two debates, Senator Kamala Harris, D-Calif., Directly and emotionally challenged Biden's comments on segregationists and his opposition to federal buses.

A bookman did not face Biden in the debate as the New Jersey senator was in the debate on Wednesday night, part of a two-day setup to cope with about two dozen Democrats in the race. But Booker – who, like Harris, is an African American – has repeatedly criticized Biden for various issues of the race. On "Get to know the press," he stressed that his party's candidate should be someone who could speak with a "vulnerability" to the race "to call this country on a common basis for reconciliation."

President Biden is on the way to accomplishing his tasks, "he added," given the way they have played the past three weeks.

Demos is united after the retreats of Trump Jr. by Kamala Harris

Trump's camp focuses on Biden during the second debate

5 accents from the second Democratic debate