A bride poses for wedding photos captured during the Beirut blast 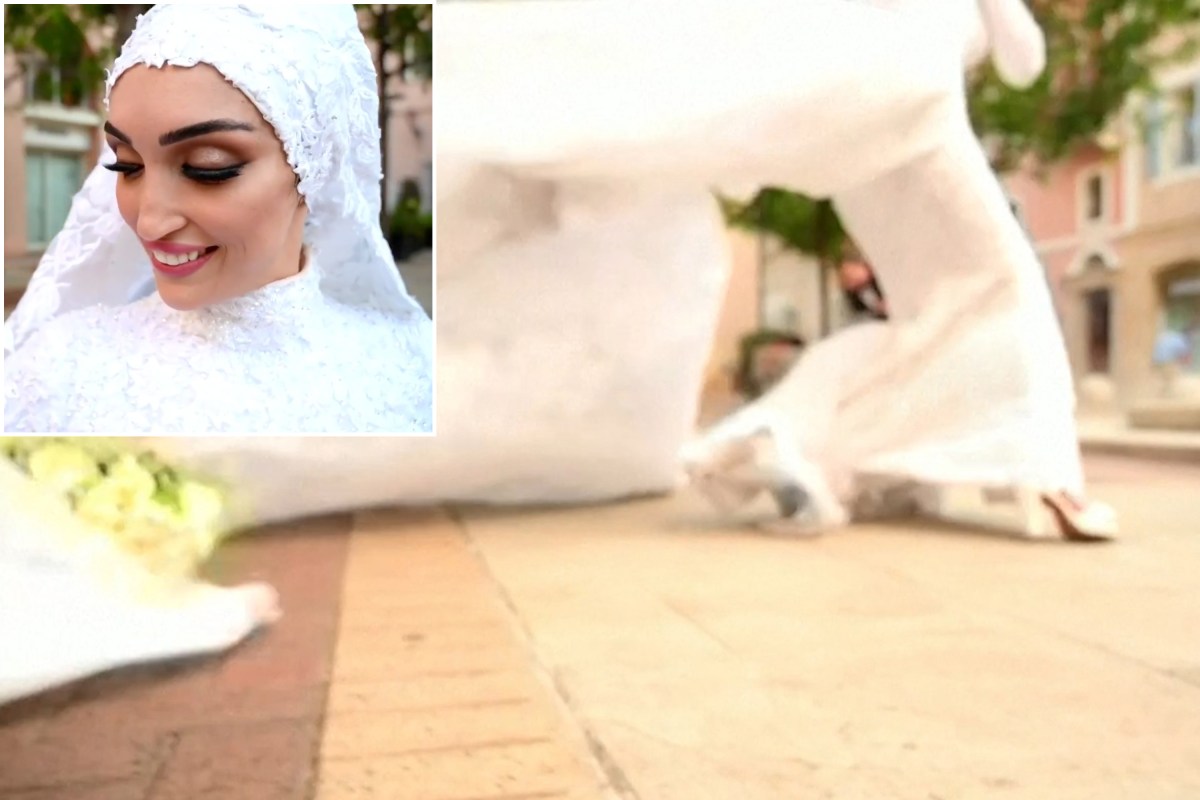 A bride posing for her wedding photos was caught in an explosion in Beirut – and photographed to continue her life among the rubble.

Dr. Izraia Seblani smiled proudly in her white figure-hugged lace dress with a large train as she posed in an almost empty square near the city’s wedding venue, the Le Gray Hotel, on Tuesday afternoon.

As the videographer fell down to show a yellow bouquet placed on the train of her dress, the camera shook slightly before the main blast lifted the dress and sent the cameraman to spin.

After assembling the camera, the videographer managed to return to the original place – he caught a man leading the bride, while they fled to safety.

The Peace Square was already full of smoke and broken glass, with the bride avoiding the inverted tables in the video, viewed more than 2.5 million times by Wednesday.