A brief history of lunar exploration 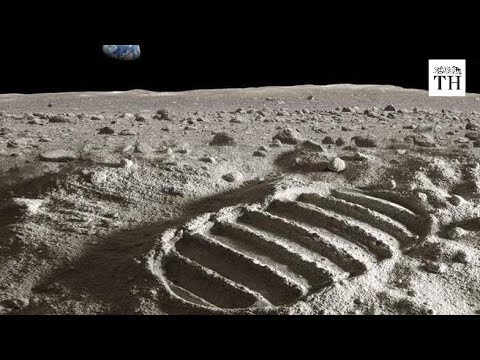 From the NASA Ranger probes and the USSR Moon missions to the moon landings of Apollo and now Chandrayan in India, human efforts to conquer the moon continue.
From the dawn of time the moon fascinated people

Poems and songs were written about its beauty, spectacle and mystery in every language and culture

In the fifth century BC, the Greek philosopher Anaxagoras suggested that the moon was a rocky body and reflected the sunlight. This led to the arrest and exile of Anaxagoras, as people believed that the moon and the sun were gods. In its honor, the crater at the north pole of the moon is named Anaxagoras.

In India, Aryabhata mentions in his book "Aryabhatiya" in the fifth century after Christ that moonlight reflected sunlight.

Persian astronomer Habash al-Hasib al-Marvazi conducted various observations at the al-Shammidi observatory. the diameter of the moon and its distance from Earth. His measurements are close to the measurements we have today. The moon is 384 400 km from Earth and has a radius of 1

The advent of telescopes helped us gain a better view of our cosmic neighbor and in 1609 Galileo Galilei made one of the first drawings of the moon.

But it was during the Cold War era that the moon became the center of a "space race" between the Soviet Union and the United States of America.

In 1959, in Russia, Moon 2 became the first spacecraft to land on the surface of the moon. To compete with Soviet successes in space, US President John F. Kennedy proposed landing the moon on landing.

"I believe that this nation must commit itself to the goal, before this decade goes out, to land a man on the moon and return him safely to earth …. But in a very real sense, there will not be one person who goes to the moon – if we make this decision in the affirmative, it will be a whole nation. For all of us we have to work to put it there …. I believe we have to go to the moon "(not in voiceover)

Between 1961 and 1965, nine NASA Ranger spacecraft had some close-ups

The Lunar Lander Ranger 7, which approached the moon on July 31, 1964, is considered the first real success in the United States' early quest to explore the moon. Ranger 7 transmits 4,308 images in 15 minutes before reflecting on the moon's surface.

In 1966, the Russian Luna 9 became the first vehicle to land quietly on the surface of the moon.

Luna 10, launched that year, became the first spacecraft to successfully orbit the moon.

But the United States made the biggest profit with its Apollo program.

On July 20, 1969, Neil Armstrong and Edwin Buzz Aldrin became the first humans to walk on the moon.

"This is one small step for man, one giant leap for humanity."

From 1970-73, Apollo 12-17 missions helped collect several kilograms of lunar samples and helped us understand the geology of the moon. [19659002] In 1990, Japan joined the race and put its Heaton spacecraft in orbit around the moon

On November 14, 2008, Chandrayan 1 landed on the moon and showed the presence of water molecules on the moon

. to the list of countries to soften the moon's land when the Yutu rover touched in 2013.

Its Chang`e-4 landed on the opposite side of the moon in January 2019 and became the first spacecraft to ever land there.

Israel's moon lander launches in Bereshet on February 21, but it is reported a month later that it crashed on the moon.

With Chandrayan 2, India becomes the fourth country of the moon's soft land after Russia, the USA and China.