A doctor in a small town in Georgia says the coronavirus spread to the community before hospital staff knew what it was. 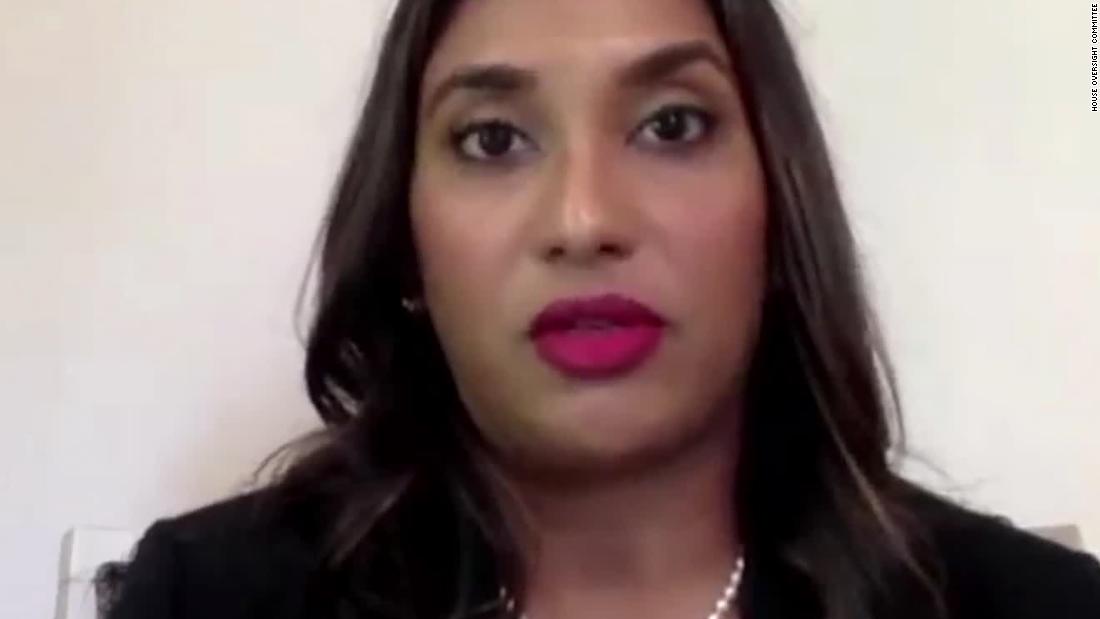 “We were shocked by its sudden entry into our lives. The virus spread quietly for 10 days and very quickly,” said Dr. Shanti Akers, a lung care physician at Phoebe Putney’s Albany Health System.

“What started as a case spread like wildfire,” she added. “We filled ward after ward until we had at least five floors dedicated to caring for these patients.”

The first cases hit the hospital in Albany, a town of about 72,000 people, in the last week of February and the first week of March, but no one knew, the doctor said.

It was not until March 10 that the hospital was informed that they had treated a positive case of coronavirus, she said.

“These early days were scary and intense. We knew so little about it and how it spread or how to treat it,”

; Akers told the House Select subcommittee on the coronavirus crisis. The expert group heard about the impact of the pandemic on health workers, novices, food workers and others.

The stress of dealing with the new disease intensified when they went through six months of personal protective equipment for a week.

“We were – and still are – forced to do this stretch of supply. This time it took a toll on all of us,” Akers said.

The doctor said she had spent months not seeing her children awake because of the time it took to treat patients. She limited her contact with her husband and children because she was worried that her PPE had not fully protected her.

“And I updated my will,” she said.

The Dougherty County crisis began after two funerals in late February and March. There was also a festival in the city center, a big road race and religious services that were still crowded.

The cluster of cases began to emerge shortly after a 67-year-old man tested positive for the virus. The man was traveling from Atlanta to attend one of the funerals and was hospitalized in Albany during his trip, Scott Steiner, Phoebe Putney’s chief executive, said in April.

“The next day we started seeing people coming to our emergency room who were sick,” Steiner said. “Two (people) the first day, six the next day, eight the next day and it just started to cascade from that point.”

Others were members of the same churches, Steiner said.

On March 19, local officials declared a state of emergency, banning community gatherings of more than 10 people after four coronavirus-related deaths were reported. A few days later, an order for a stay at home followed.

Four days later, Gov. Brian Kemp set a limit on rallies across the country. He issued a shelter order on April 2. At the time, there were about 4,800 cases in Georgia and 154 deaths, according to the State Department of Health.

As of Thursday, Dougherty County had 1,719 cases of coronavirus – 1,912.02 positive tests per 100,000 population. This is one of the highest percentages in the country.

141 deaths in the county are led only by Fulton County, and 396 hospitalizations are lagging behind only four other populated counties in the Atlanta area.

“The virus does not discriminate”

During the first days of the outbreak, hospital staff struggled to keep patients alive without instructions for therapies that could be helpful, Akers said.

There is no cure for Covid-19 and experimental treatments are in the early stages of testing.

“Some patients die, no matter what we do, and we couldn’t change that result,” Akers said. “It didn’t matter if they were young or old. This virus doesn’t discriminate.”

Workers mourned the loss of patients who took their last breaths without a family there. And they cheered for those who did, and they had to go home, she said.

Akers told the commission that they still need more protective equipment and there needs to be more coordination at the state and federal levels.

Georgia has been criticized for some missed steps on its coronavirus website, including being one of at least four states that combine data from different types of tests.

Does wearing disposable overalls on a plane protect you during a pandemic? : Goats and soda – NPR