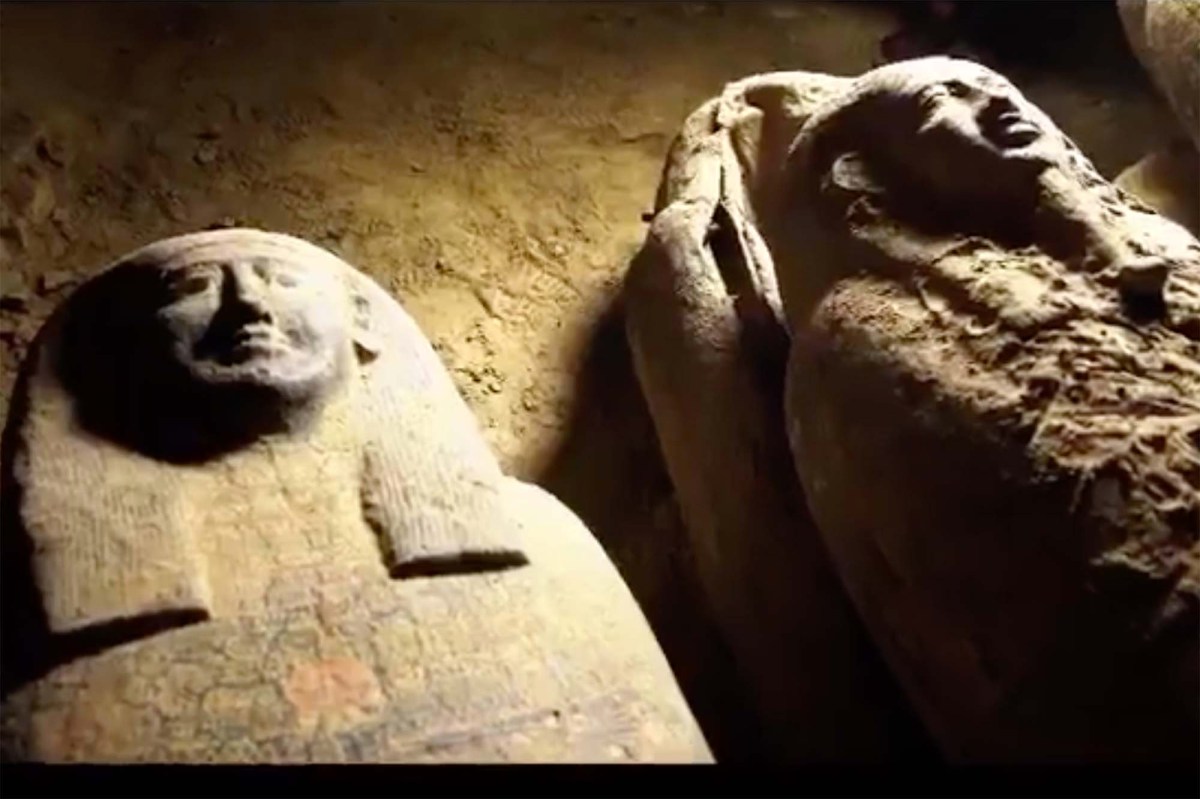 At least 13 coffins believed to contain human mummies have been found from a well in Egypt, where they have rested undisturbed for more than 2,500 years.

The sarcophagi were discovered last week during excavations at the Saqqara necropolis, an ancient cemetery about 20 miles south of Cairo, the Egyptian Ministry of Tourism and Antiquities said.

“[It is] an indescribable feeling when you witness a new archaeological discovery, “said Khaled El-Enani, Egypt’s Minister of Tourism and Antiquities.

Authorities suspect that the well-preserved wooden containers, some of which still have original detailed designs, have been sealed by their burial.

Archaeologists have found the coffins stacked on top of each other in a tomb nearly 40 feet deep. More discoveries of the site are expected in the coming days.

Saqqara boasts several archeological treasures and landmarks, including the Pyramid of Steps, which is considered to be the oldest in the world. The tombs there have been the subject of looting and unauthorized excavations over the years, making the new discovery even more remarkable.