A giraffe named Kimba dies at a Cincinnati zoo 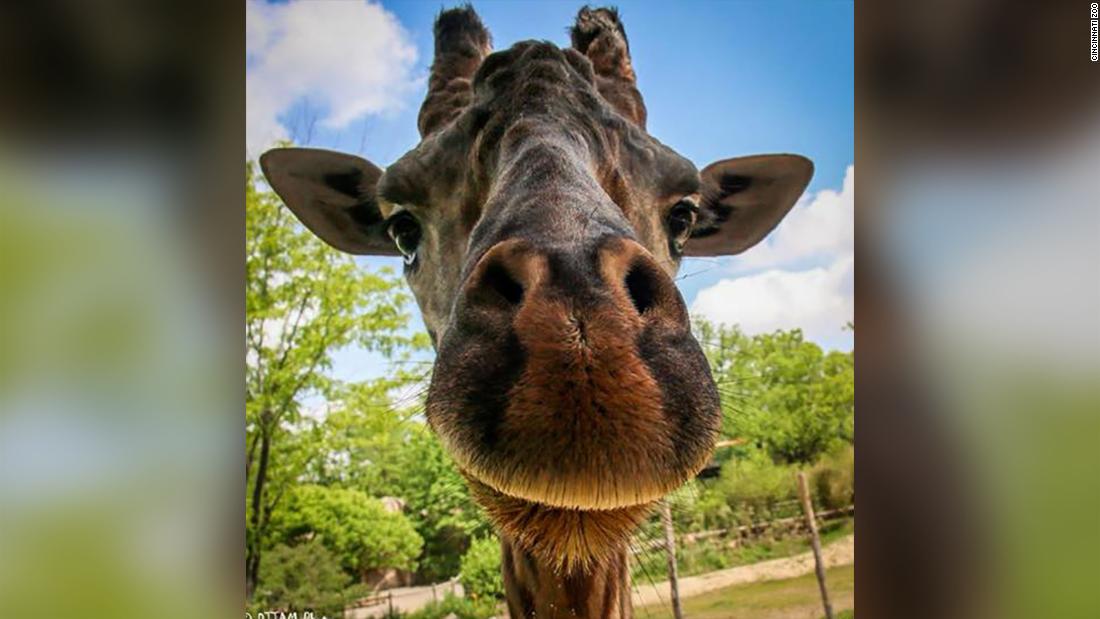 Giraffe twelve years old Kimba died after complications from a procedure to repair his hooves, the zoo says .

"Zoo staff and especially the giraffe care team have been devastated." This was told by CNN's Michelle Curley, spokesman for the Cincinnati Zoo.

The Zoo Volunteer Observer (ZVO) team watched the giraffe's barn when they saw Kimba fall to the ground after 1:00 pm on Sunday.

Kimba was dealing with mobility issues when his hoof was trimmed on Tuesday.

While the procedure was successful, there were later complications.

Kimba, the only male giraffe in the zoo, was over 1

6 feet tall and was the father of six other giraffes, seventh on the way.
The giraffe came to the Cincinnati Zoo in 2018 from Roger Williams Park Zoo in Providence, Rhode Island, where one of his calves now lives.