A gym coach exposed 50 Covid-19 athletes, but no one else got sick due to a redesign of the ventilation 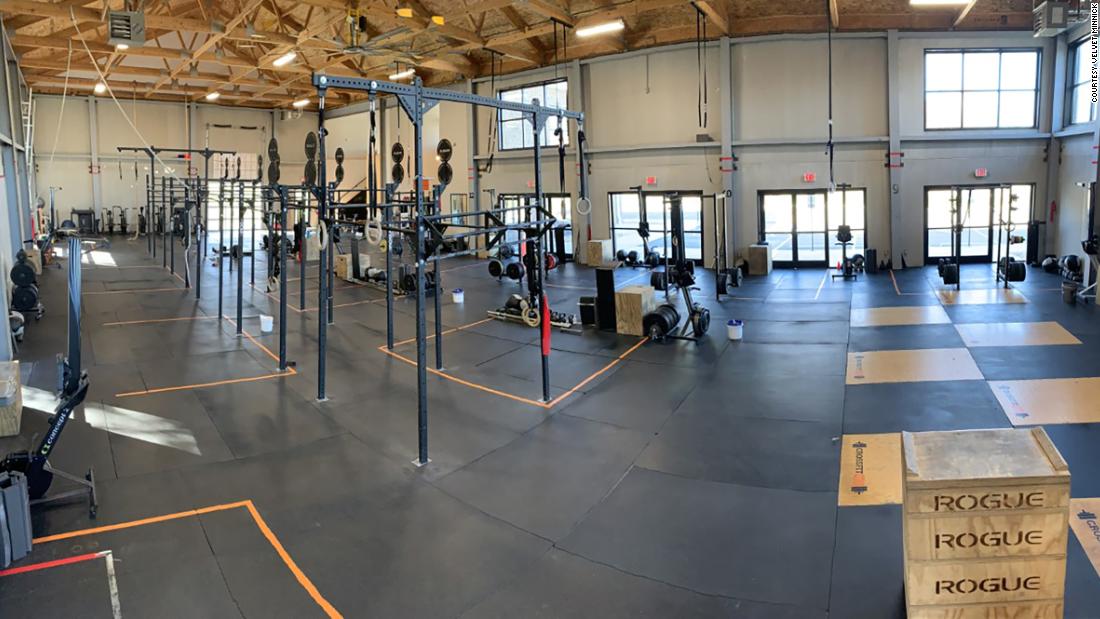 Velvet Minnick, 44, is the owner and head coach of 460 Fitness in Blacksburg, Virginia. Like many fitness owners across the country, she was forced to close the facility in March due to a coronavirus. They rented equipment and held augmentation classes, but soon the members were burned.

When the state entered Phase 2 of the resumption in June, Minnick was allowed to have athletes back at its facility. However, she knew a member who could help her get people back while keeping them safe.

When gyms closed in March, there was a lot of talk in the CrossFit community about the mental health benefits of training, and some owners lobbied for their gyms to remain open. Although this did not work, it did include them in the early stages of reopening. And this launched the plan to reopen this gym and the safety procedures.

Minnick consults with Marr about ventilation, as well as strict hygiene and remote protocols to keep athletes as safe as possible while training.

“I knew the virus was transmitted mainly through the air, so I thought it was really important to have good ventilation so that not everyone could breathe it,”

Minnick set up sports stations near the gates of the bay, which gave each one 10 feet of space. The stations are marked on the floor with an orange ribbon and have all the necessary equipment located inside. There is no gym trip or partner training while sharing equipment.

“Ten feet of space has always been my mantra,” Mar said, which is more than the recommended six feet because people in the gym will train and breathe hard.

Since Minnick built the facility, she had engineering and HVAC documents to share with Marr.

“I calculated how big the space is, what the typical wind speeds are in the area, and if the doors are open, what will be the resulting ventilation?” Mar said.

She found that the space provided much more fresh air than was required by the professional organization, the American Society of Heating Engineers, Refrigerators and Air Conditioners, which made recommendations for ventilation. Looking at other research and studies, Mar talks to experts about what ventilation rate is needed to really reduce the risk of indoor transmission.

“We don’t see outbreaks above a certain threshold,” Mar said. “And the gym with the doors open was far above that.”

Marr said they were actually able to close the doors a little more than they originally thought, and still meet that ventilation standard by using a carbon dioxide monitor to monitor indoor levels.

“Carbon dioxide is exhaled on the breath and is a good indicator of how many viruses can accumulate in the air,” Mar said.

Depending on the weather and the comfort level of the athletes in the gym, they can open the doors more or less. And athletes always have the opportunity to take their equipment outside.

In September, when Minick learned that one of her coaches was not feeling well, she was initially unconcerned. Although he thought it was just allergies, he soon lost his sense of smell and taste, Minick said, so he underwent a coronavirus test. She asked him to quarantine until he got his results.

When this returned positive, they first found that he had infected the virus outside the hall in another environment where he was indoors. She then took a test in the system to see who had trained before she became ill.

Minic personally contacted all 50 athletes and registered with them for a two-week period. Several people decided to be examined, but no member developed symptoms.

“I contacted all my members on Monday,” Minick said. “And then … the health contact markers. They didn’t even notify me of the direct exposure until Wednesday. With something like that, it’s so important to know right away.”

Even after potential exposure and falling temperatures as winter approaches, the gym remains diligent with its procedures and athletes continue to adjust.

No sweaty hugs after training and fives. Often the class talks about whether the doors remain open or closed. If they want to be closed to stay warm, each member must wear a mask.

“Members are willing to go that extra mile, to be cold, to be wet, to endure, just to be safe,” Minick said. “They will do whatever it takes to benefit from the exercise.”