A huge hole opens in front of the hospital in Naples, forcing the evacuation of patients from Kovid 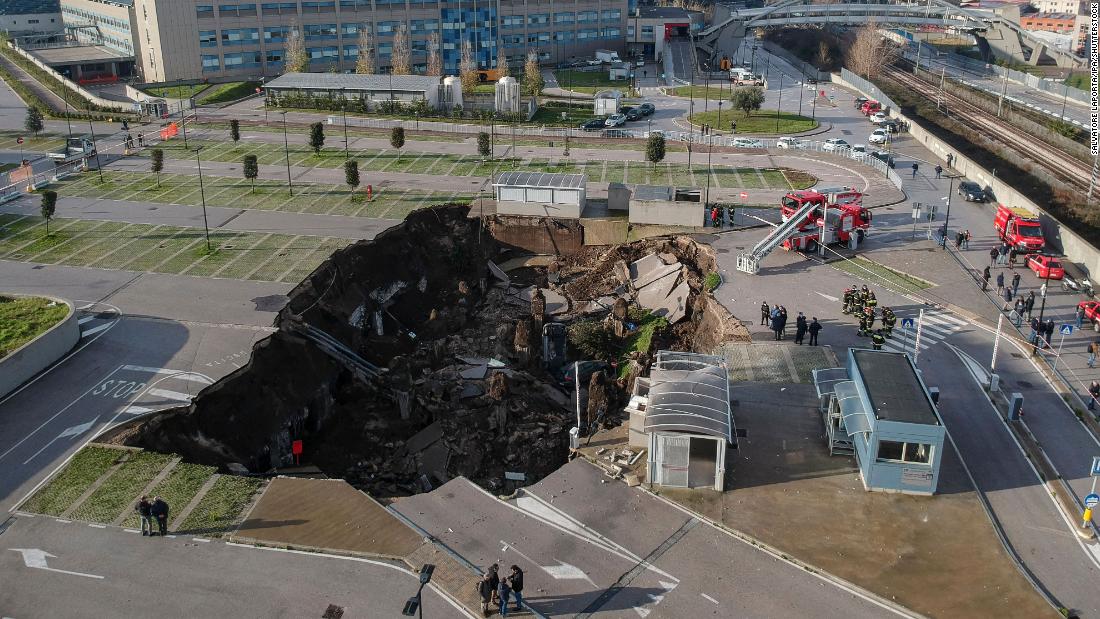 The incident happened around 6:30 a.m. local time, according to the Ospedale del Mare Hospital in Naples. Various vehicles parked in the area fell into the abyss, the local fire department said.

Naples police told CNN that “the magistrate has appointed a technical expert to determine the causes of the collapse, which may be due to water intrusion due to torrential rains in the last two weeks.”

“Early in the morning, the hypothesis that it was an explosion was rejected. There were no injuries or casualties,” police added.

The fire brigade used dog units to check that no one was trapped at the scene.

As a result of the accident, the hospital evacuated six patients from the asymptomatic Covid ward.

There was also a water outage at the hospital, the press center said. Now the generators supply it with electricity.

Ospedale del Mare is where the closely monitored Napovid 1 Covid Center was built with the help of parking containers during the first wave of the coronavirus pandemic that swept Italy’s healthcare system.