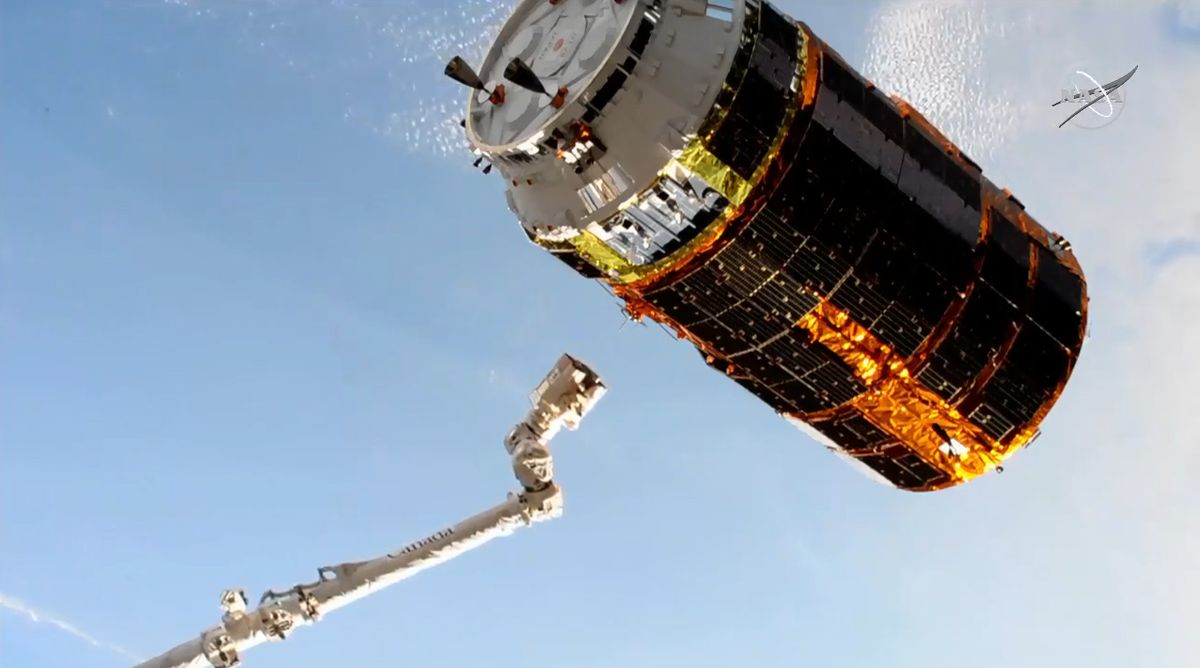 An unmanned Japanese cargo ship left the International Space Station on Friday (November 1st), completing its monthly delivery mission as a new US shipping ship prepares for launch over the weekend.

Spacecraft astronauts use a robotic arm to release a cargo ship called the HTV-8 from the station at 1:21 am EDT (1713 GMT) while the two spacecraft sail 420 miles above the Pacific Ocean, just west off the coast of California.

"Missing but not forgotten", NASA station astronaut Christina Koch, who controlled the arm during the release of HTV-8, wrote on Twitter later . "Watching the cargo ship, HTV departs @Space_Station today and remembers the intricate robotic arm dance that marks the beginning of his stay."

The cargo ship HTV-8 of the Japan Aerospace Research Agency is launched back into space via a robotic arm to terminate its mission delivery to the International Space Station on November 1, 2019 [19659010] (Credit: NASA TV)

Departure of HTV-8 marks the beginning of the launch of an American freighter, the Cygnus NG-12 spacecraft built by Northrop Grumman, from NASA's Wallops Flight Facility in Wallops Island, Virginia. This mission is scheduled to begin at 9:59 pm EDT (1359 GMT) on Saturday (November 2nd) and arrive at the station two days later to deliver another 4 tonnes of deliveries.

The Japanese Aerospace Research Agency (JAXA) launched HTV-8 at a space station on September 24, using an H-IIB rocket launched from the Tanegashima Space Center in southern Japan. The spacecraft arrived at the station four days later, delivering over 4 tonnes of stock – including vital new batteries for the solar arrays at the outpost.

It's gone, but not forgotten! Watching the cargo ship HTV departs @Space_Station today and remembers the intricate dance of the robotic arm that marks the beginning of his stay. Removed batteries were later installed by us on space lanes – this can't be beat for team work! pic.twitter.com/UsJHFAWJTE photos19459020-November 1, 2019

The HTV-8 spent 34 days attached to an Earth-oriented port in the station's Harmony Module. On Saturday evening (November 2), the spacecraft will fire its launchers to intentionally fall out of orbit. 42042 is expected to burn over the Pacific Ocean.