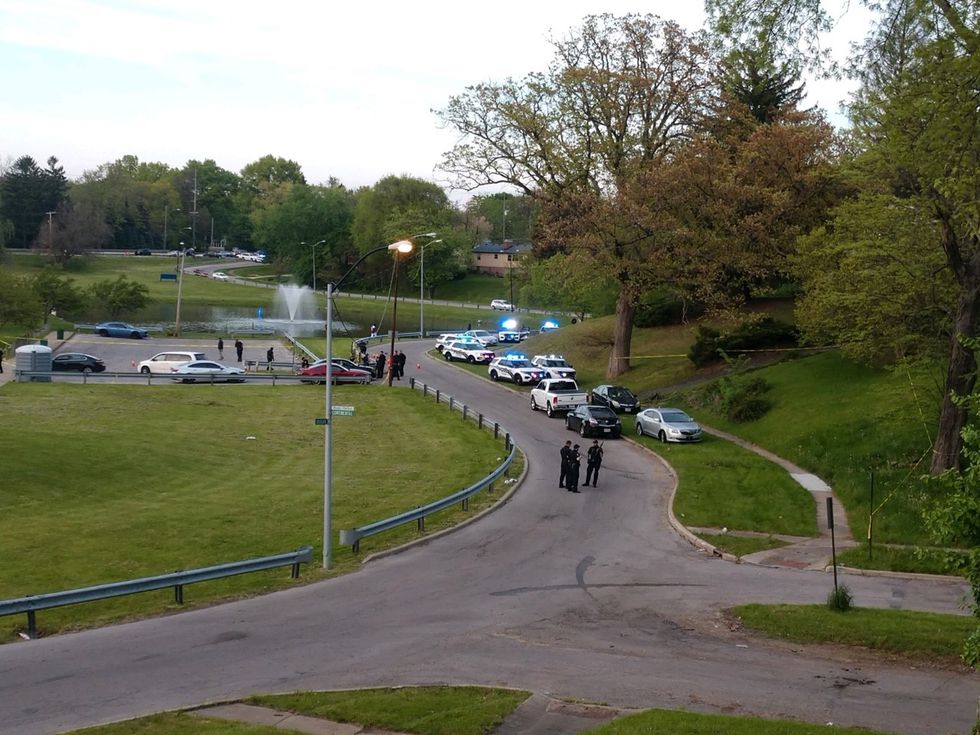 The call for the shot man came around 7:45 p.m. in a park near Richards Road.

Police say there was a group of people in the park gathering in honor of Armonte Rodgers, who was shot and killed early Sunday morning after a shooting in the Spotlight Lounge parking lot on S. Reynolds Road.

Neighbors who live near the Sleepy Cave say they heard the shots. In fact, a couple said they saw the crowd gather and called police before the shooting to inform them that the group was growing and the crowd was noisy. 1

3abc noted that police in the park shortly before the shooting.

People living nearby say they were outside in their backyard when the shots erupted and they had to flee for cover.