A Pakistani military plane crashes in a residential area, killing 15 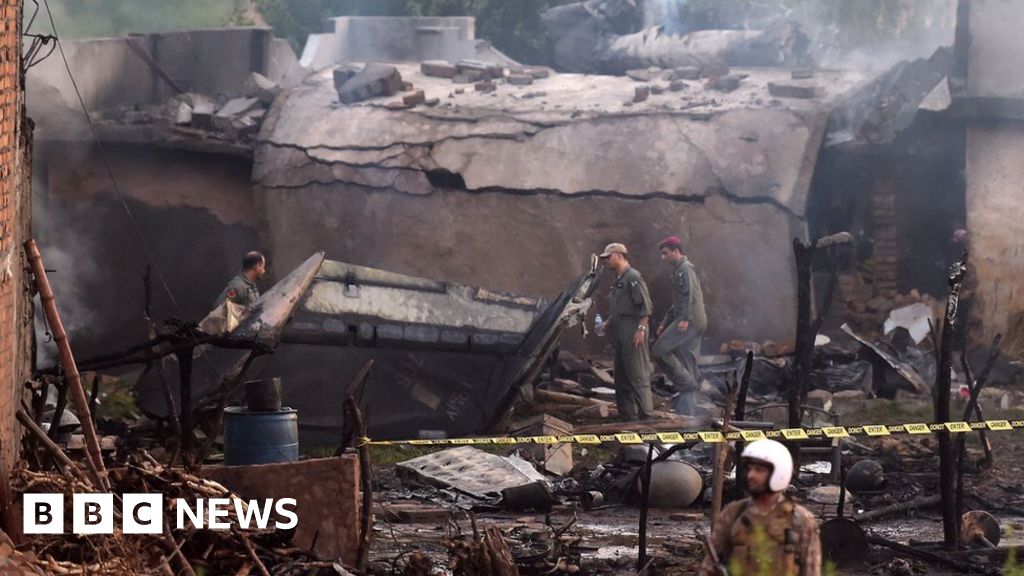 5 people have died after a small military plane crashed in a residential area in the Pakistani city of Rawalpindi, rescue officials said.

Five crew members and 10 civilians have been killed, according to rescue spokesman Farooq But, 12 others have been injured.

The crash led to a large fire that spanned several houses.

Rawalpindi, near the capital Islamabad, is the headquarters of the army.

It was not immediately clear what caused the crash.

Photographs of the scene show blackened buildings that have been reduced to rubble.

The living area where the incident occurred was surrounded by military personnel and rescuers, AFP reported.