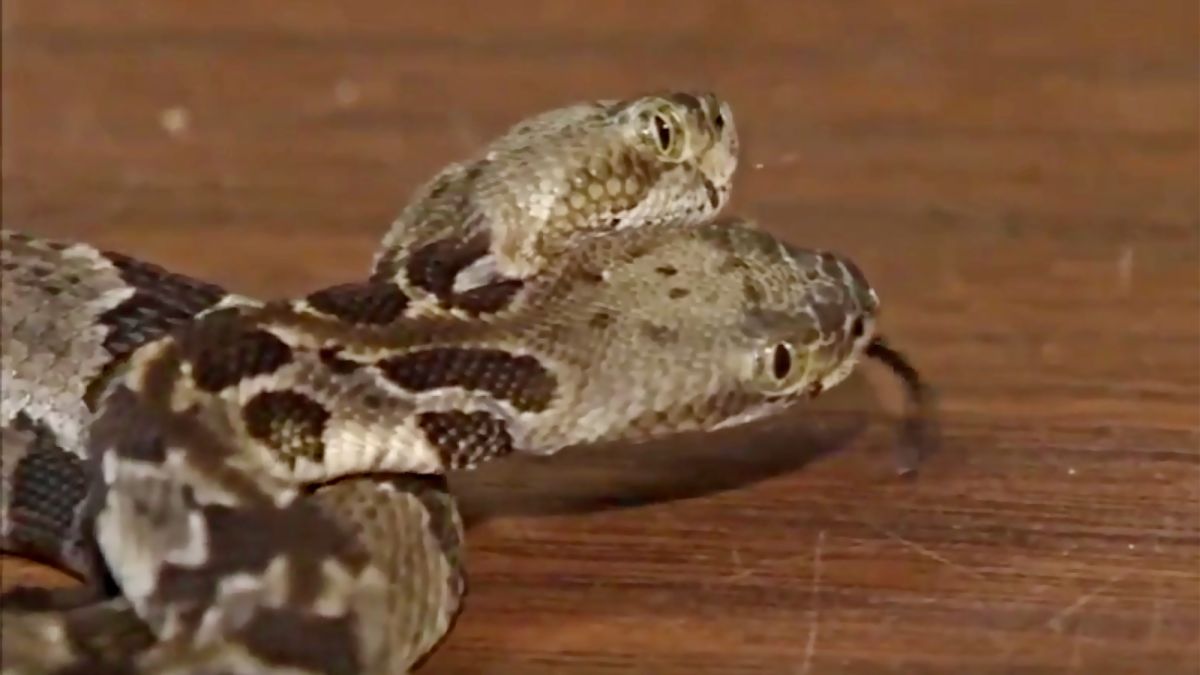 Two herpetologists in New Jersey – both named Dave – have discovered a rare two-headed snake that was named Double-Dave. Members of the Nobel Prize Committee : The ball is in your court.

Double Dave is a baby rattlesnake only a few weeks and about 9 inches (23 centimeters) long, according to a recent ABC News segment . Herpetologists Dave Schneider and Dave Burkett, who work with herpetic assistants in Pemberton, New Jersey, discovered the creature a few weeks ago as they surveyed nearby Pine Barents, a heavily wooded area in the southern tip of the state.

With two independent heads and one shared body, Bicephal animals as D-D rarely survive to maturity in the wild; the decisions are so simple, whether to slip left or right or which head to feed first, they suddenly turn into staggering will battles, leaving bicephalic animals particularly vulnerable to predators. Knowing this, Davies decided to take the young snake back to his office, where she had been fed and cared for for several weeks.

For now, Double-Dave seems to be getting along with him in his new home.

"It looks like the head on the right is more dominant," Schneider told ABC News. "But each time, the other chapter will want to go in a different direction."

Double-Dave appears to be healthy, although Schneider and his colleagues hope to have a radiograph of the creature soon to find out if a digestive system is fully formed.

While living examples of bicephalic animals such as Double-Dave are rare, two-headed beings are born more often than you might think. Last September, a two-headed Cinderella was discovered sneaking around a Virginia home; X-rays revealed that the creature has two trachea and two esophagus leading to a shared heart and a set of lungs.

Previously, two-headed deer were found dead in Minnesota's backstory, and two-headed hog was towed from the North Sea in 2017. Bicephalic animals even crossed the border into space: Last year, a flatworm that can become a worm in complete individuals after being cut into pieces – an industry second head on their ass while riding aboard the International Space Station.