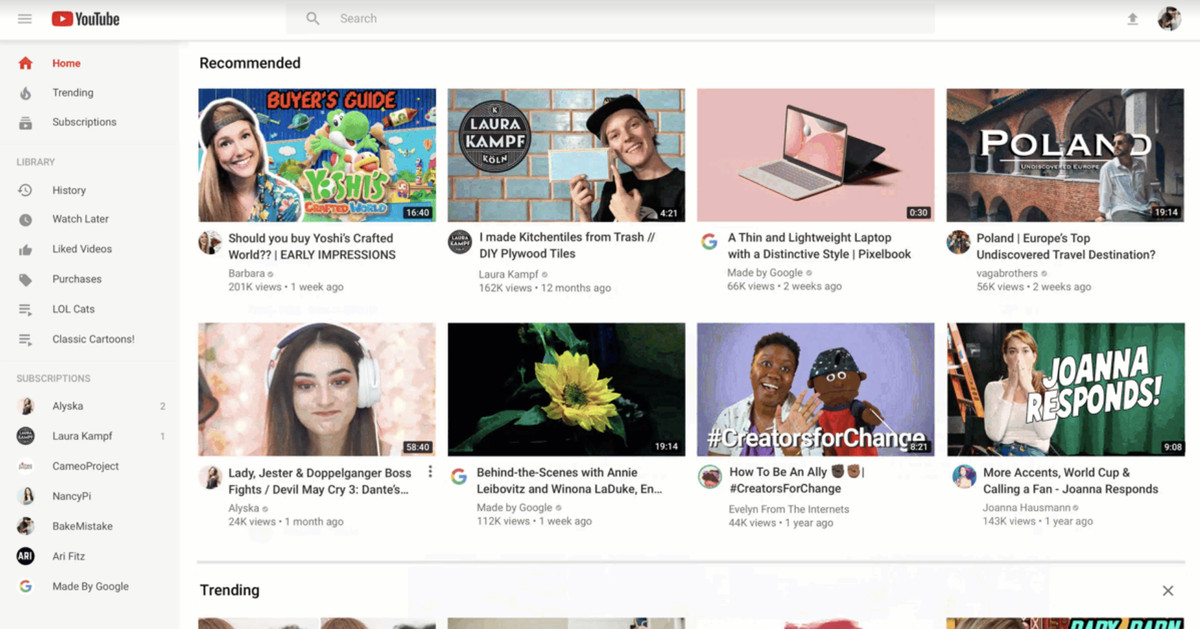 YouTube launches a new homepage design today that will feature larger thumbnails, a move that troubled people when the company first tested its refreshed look in August.

Users will see fewer videos on the homepage because of the larger thumbnails, a YouTube spokesperson confirmed on The Verge . The spokesperson added that people get more information about each video they see. Allowing videos to have more physical space on the page also allows creators to use longer titles. The goal is to give people using the platform more video information at a glance, rather than asking them to hover over a video or click to learn more.

1; categories like News or Music – are no longer featured on the first page. The YouTube product team used feedback from creators and viewers during various testing phases to make improvements to the layout, according to the company. This involves correcting several technical issues, some of the more obvious problems being related to the size of thumbnails on larger screens and devices.

Although design changes are the most attention-grabbing, there are some important feature updates as well. Most importantly, the ability to tell YouTube to stop recommending channels you are not interested in. This feature was first launched on mobile devices and is now making its way to the desktop.

Videos can also be "queued". The option is available on Android, but the YouTube product team distributes it to desktop users. People can choose a handful of videos to watch without interrupting the current video experience. These videos will not be queued if the browser page is closed.

The updated design will begin to roll out today to desktops as well as the tablet version of the Android and iOS apps on YouTube. It will be available to everyone soon.