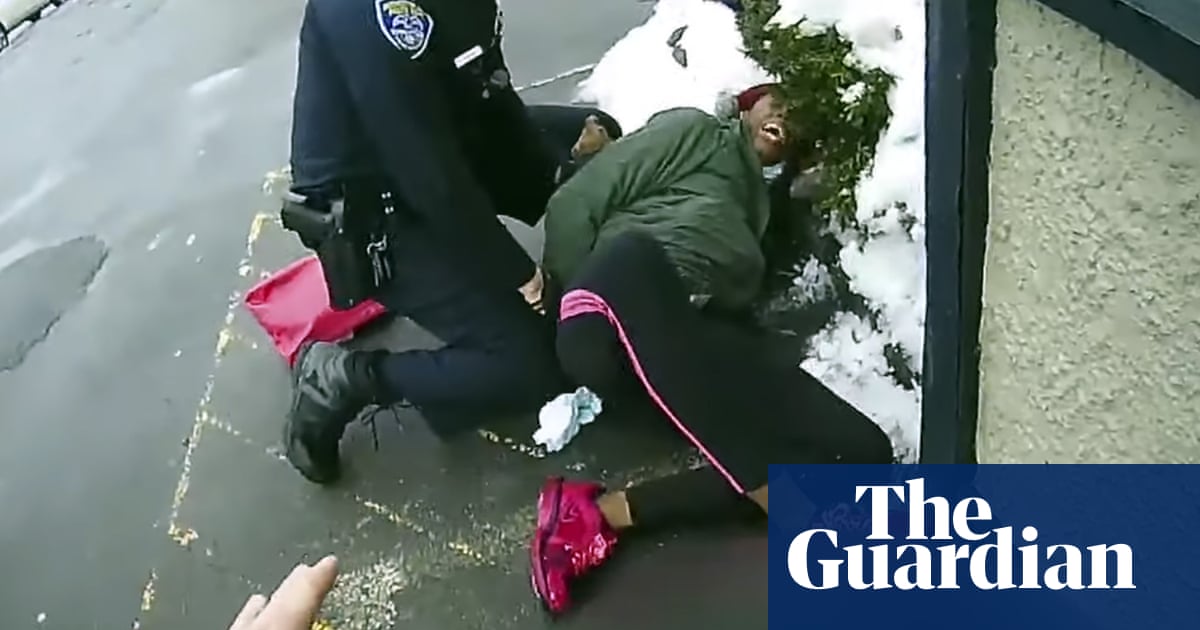 A police officer in Rochester, New York, has been assigned to administrative duty after using pepper spray on a woman suspected of theft, who tried to escape with her three-year-old child in her arms, authorities said on Friday.

The video of the February 22 incident was released at a time when the Rochester Police Department is under strict control over interaction with blacks, including the death of Daniel Prud last spring.

Pond, a 44-year-old African-American, died after police put him in a hood and kept him naked on a icy street. Authorities said last month that the officials involved would not be charged.

The video of the body camera from the last meeting shows that the woman, who is black, runs away from a white officer who stopped her on the street and tells her that she is accused of shoplifting.

The policeman chases the woman on the sidewalk, then tries to subdue her while trying not to hurt the screaming child. Another officer arrived and took the child a few yards away. A police statement said the woman was sprayed with black pepper during the arrest.

“The child was not sprayed with black pepper or injured during the arrest,”

The woman, whose name was not released, is accused of a violation.

Police Chief Cynthia Herriot-Sullivan told reporters Friday that the officer appears to have followed the protocol, but “some things are not as simple to me as whether a policy has been followed or not.”

“Just because we can do certain things doesn’t mean we have to,” she said. “Can we get to the same place using a different strategy?”

The City Police Liability Council, an entity set up in a 2019 referendum to address allegations of police misconduct, said it had seen “disturbing parallels” with another emergency call in which officers sprayed upset a nine-year-old girl who was handcuffed. and placed in the back of a police car during a family dispute.

“Both incidents involve black mothers,” said PAB President Shani Wilson. “They both participated in the black children. Both involved blacks, apparently in crisis. Both involved employees using pepper spray on or around a black child. “