A sleep expert talks about insomnia, dreams, and the neuroscience of sleep 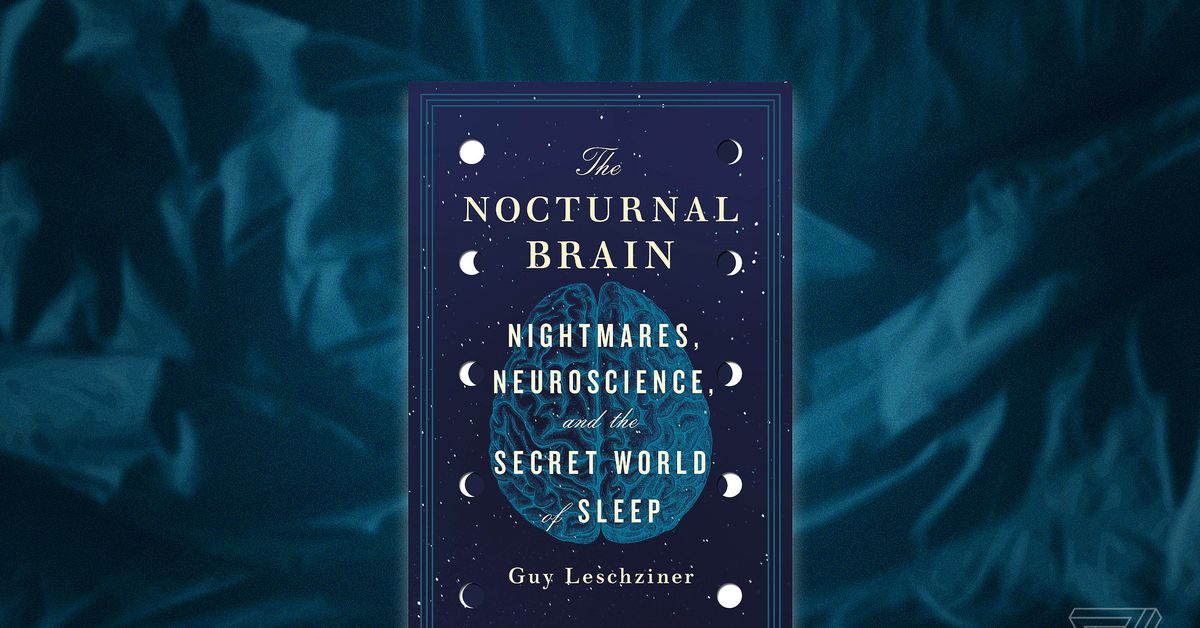 Sleep usually leaves people feeling rested and refreshed, but for the patients of clinical neurologist Guy Leschziner, their non-waking moments are generally anything but peaceful. One realizes that she's been taking her motorcycle out for a ride while she was asleep only after her landlady asks her where she went. Another moves around in his sleep, acting out his dreams – and terrifying his partner in the process. Still others suffer from insomnia, sleep deprivation, and night terrors

Leschziner describes their cases and how they inform the growing world of sleep research in his recent book, The Nocturnal Brain: Nightmares, Neuroscience, and the Secret World of Sleep. " These cases are interesting in two separate ways ̵

1; the first is just the drama of the stories, the human experiences of these patients," Leschziner says. "But also, when one looks at the extremes, it informs us as to the normal as well. By seeing these patients and seeing where the problem is in the brain, we understand something about how our brains regulate sleep. "

The Verge spoke with Leschziner about what makes for a good night's sleep, what's going on brain when we dream, and how sleep disorders could provide a window into other health issues.

This interview has been slightly condensed and edited for clarity.

You write a lot about abnormal sleep and the patients that you've encountered in your practice. I like to start by asking about the opposite: what does a good night's sleep look like?

As someone who studies sleep, how do you feel about increasing use of sleep tracking devices?

I do not think there is anything intrinsically wrong with tracking your sleep. But you have to ask yourself "Well, why am I tracking my sleep?" If you are tracking your sleep because you know you are not getting enough sleep, then you probably do not need a tracker to tell you that.

I think the big danger is if you're sleeping because you have insomnia, or because you feel like you are getting a very, very poor night's sleep, despite spending a lot of time in bed. When individuals who have a degree of anxiety related to their sleep get data that may or may not be accurate, they will reinforce their prejudices about their sleep, and therefore can feed into that sleep-related anxiety and can actually make things like insomnia much worse

One of your patients, John, reported experiencing very vivid dreams and actually started moving while they were asleep. What is the connection between what they're seeing and experiencing in their dreams and their physical motion while asleep?

Normally, while we're dreaming, we're completely paralyzed. The only muscles that really maintain any degree of movement to them are the muscles that move our eyes – that's where the term rapid eye movement comes from – and also the muscles that allow us to breathe. Obviously, if we stop breathing, from an evolutionary perspective, that would not be a good idea.

So there are mechanisms in the brain, that when REM sleep is switched on, generate this paralysis. But in individuals like John, that mechanism of paralysis goes awry. When he enters into dreaming, he is not paralyzed and he is basically acting out the movements that he's making in his dreams.

Unsurprisingly, dreams play a big role in your book about sleep – what is our current understanding of why we dream?

We know that the stage of sleep most associated with dreaming, rapid eye movement sleep [REM sleep]is something that changes through life. Even before we're born, we're probably spending around a third of every 24-hour period in this stage of sleep. But that begs the question: if we're inside our mother's womb, what are we dreaming about? What could be the function of the actual dream experience? The likelihood is that dreaming, or REM sleep in particular, has different functions at different stages of life.

When we are very early in development, either as a fetus or perhaps as a neonate, it's probably about developing certain pathways that are responsible for the consciousness. Later on in life, it seems that dreaming may be especially important for learning, but it also seems to be important for the regulation of emotions.

"That's what it's like to dream, it's the refinement of our understanding of the world."

Now, if we look at the brain like some kind of supercomputer, what we do is take a whole load of information, and we interpret it according to our experience of the world. [Our brains essentially] create a predictive model – we can fit what we experience into that model and generate predictions out of it. But we are constantly accruing information during every waking hour, which all feeds into our picture of the world around us. That means that our model of the world around us has to be constantly tweaked.

That can be what dreaming is – it's the refinement of our understanding of the world. I think that explains, for example, why we dream about certain events a long time in the past, but also certain events we have experienced during that day. It is the amalgam of all our experiences being reinterpreted in the context of this model that we have created of our external environment.

A recurring theme in your book is that some sleep disorders are potentially a window into more serious health issues you tell us more about that?

We are beginning to understand that sleep is important in the regulation of pretty much all the physiological processes that occur within our bodies. There is a growing field of research that is looking to see whether or not sleep disruption, sleep deprivation, or other conditions like sleep apnea may give rise to conditions like dementia. We know that poor sleep and sleep apnea are both associated with cognitive decline, and there is increasing evidence that they may well be a risk factor for dementia. Now, we're not there yet, but this is quite an exciting area. Because if we can demonstrate that – for example – sleep apnea confers a high risk for dementia, that's a potentially modifiable risk factor.

The reason why [sleep] may be particularly important to dementia is that we know that there is a series of channels within our brain called the glyphatic system, and the function of the glyphatic system is to remove toxins and metabolites from the brain . In deep sleep, those channels are up by about 60 percent. The [idea] is that if you sleep, the brain is more efficient in flushing out these toxins

When we talk about those channels opening up about 60 percent, that's a pretty big percentage, but what's the actual size of these channels that we're talking about

They're microscopic. In fact, for many years, we did not even know that they existed – they've only really been discovered in the last decade or so

What's so exciting about sleep medicine is that we have this thing that we do for eight hours a night, so we spend about a third of our lives sleeping. And yet, until the last few years, we've really had very little inkling about what it's all about. Things have moved dramatically forward over the last couple of decades. But there's still so much to learn.

AP Exclusive: The woman is 1st in the United States to receive a 2nd facial transplant National news

320 new cases of COVID-19 have been confirmed, 18 deaths have been reported in Massa.

Why Coronavirus is more likely to “spread” than the flu