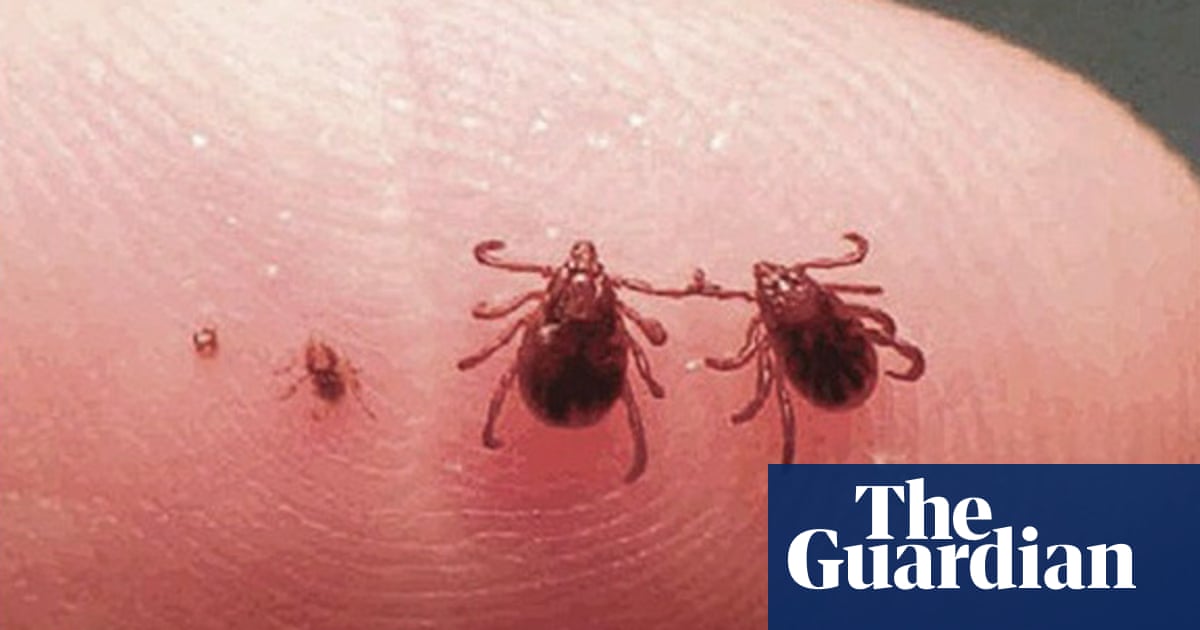 Restricting a young researcher in one box and a dog in another and unleashing blood-sucking ticks to walk between the boxes sounds like a cascade of “I’m a Celebrity.”

But a scientific experiment to stir the stomach has revealed that ticks carrying the deadly Rocky Mountain spotted fever disease (RMSF) are more than twice as likely to shift their eating preferences from dogs to humans when temperatures rise.

The study, presented at the annual meeting of the American Society of Tropical Medicine and Hygiene (ASTMH), observed whether ticks that use odor to look for a host whose blood to feed are sprayed on a plastic tube to a dog or human.

“Our work shows that when the weather gets hot, we need to be much more vigilant about RMSF infections in humans,” said Laura Bakus, who led the study at the University of California, Davis School of Veterinary Medicine. “We found that when temperatures rose from about 23.3 ° C to 37.8 ° C, brown tick-borne ticks were 2.5 times more likely to prefer humans to dogs.”

Concerns about the increase in tick-borne diseases are growing. The incidence of Lyme disease, a potentially disabling condition transmitted primarily by foot-and-mouth disease, has doubled in the past two decades to about 30,000 cases a year in the United States.

Cases of RMSF and other related diseases known as rickettsial fever rickettsiosis have increased dramatically over the past two decades. The disease is treated with antibiotics if detected in the first week of infection, but if left untreated, mortality can exceed one in five.

Brown canine tropical lines are currently found in the southern states of the United States, such as Arizona, Florida and Southern California. Their range is expected to shift north as climate change raises average temperatures.

As hot days also arrive more frequently due to the climate crisis, Bakus said it is important to identify conditions that could increase the risk of infection, especially because the early phase of RMSF is easily mistaken for more common diseases, such as symptoms such as headache, fever and muscle aches.

“The findings of using this simple but effective laboratory experiment to measure how rising temperatures can lead to more human infections with a very dangerous tick-borne pathogen add to the growing evidence of a growing link between climate change and its impact. on health, ”said Joel Bremen, President of ASTMH.

“Climate change is moving so fast that it is crucial to stick to the many ways that can change and increase the risk of a wide range of infectious diseases so that we are better prepared to diagnose, treat and prevent them. “