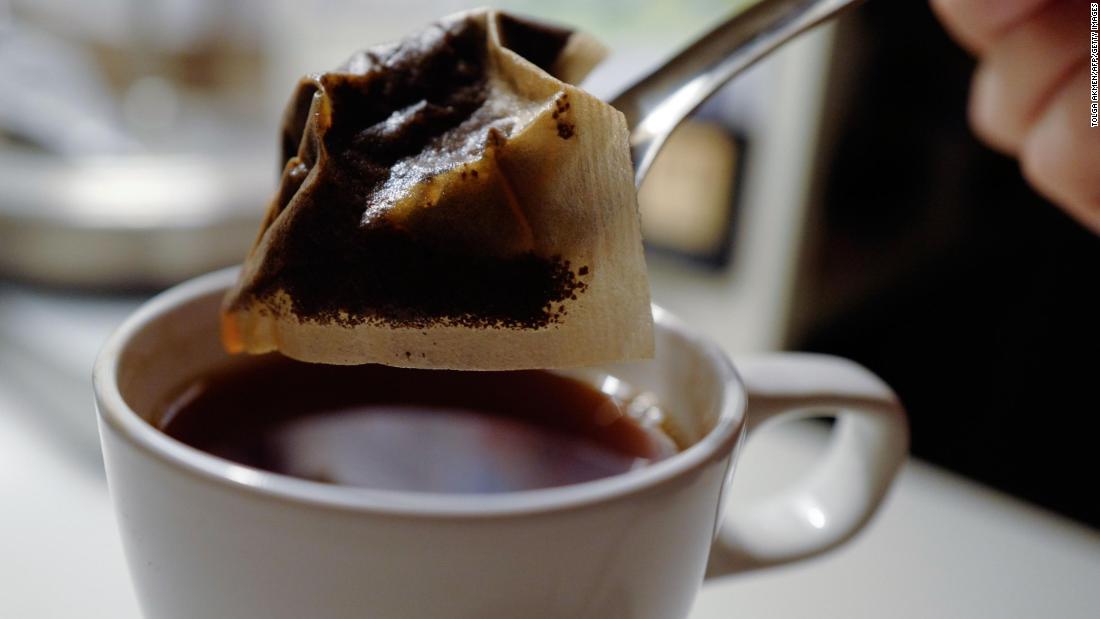 Plastic tea bags throw billions of pieces of microplastics into their water, according to a new study.

found that one bag releases about 11.6 billion microplastic particles and 3.1 billion even smaller nanoplastic particles into the cup – thousands of times larger than the amount of plastic previously found in other foods and beverages.

The health effects of drinking these particles are unknown, according to researchers who call for further study in the area.

the team removed the tea from the bags so as not to interfere with the results before boiling the bags in water to simulate the process of making tea.

Scientists have found microplastics in a variety of foods, but fewer studies have been done on whether they can be thrown into water while brewing tea and other hot drinks.

Many tea manufacturers use polypropylene to seal their bags.

People eat an average of 5 grams of plastic each week, according to a separate study earlier this year – the equivalent of credit card weight in plastic.
In its first review of the health risks of plastic in tap and bottled water last month, the World Health Organization (WHO) stated that microplastics "do not appear to pose a health risk at current levels", but the main finding comes with great warning – the review states that the available information is limited and more research is needed on microplastics and how they affect human health.

"We urgently need to know more about the health effects of microplastics, because they are everywhere – including in our drinking water," says Dr. Maria Neira, director of the Department of Public Health, Environment and Social Determinants of WHO health.