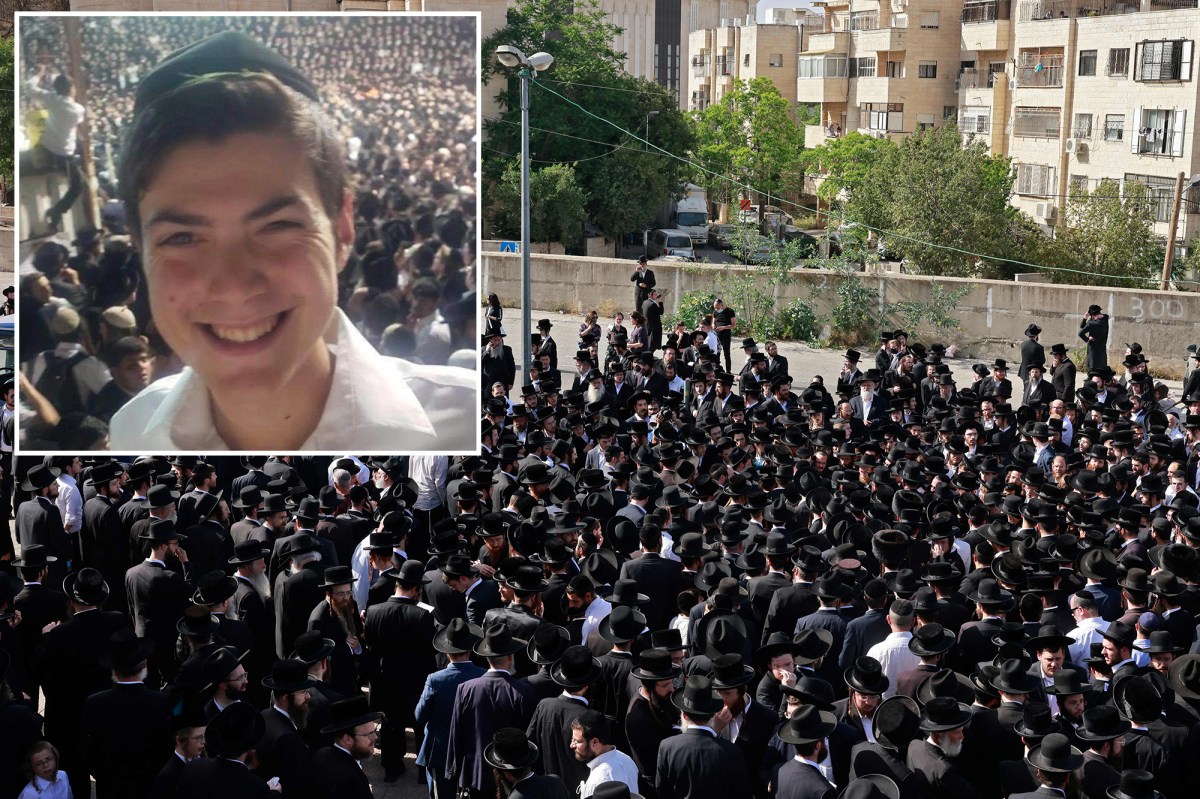 A teenager from New Jersey has been identified as one of six Americans – and four New York City subway residents – killed in the deadly silence of a religious festival in Israel last week.

Donnie Morris, 19, was in Israel studying when he was caught in love during the annual Lag Ba’omer festival at the foot of Mount Meron late Thursday and is among 45 people known to have been killed. in the tragedy, NBC News reported Sunday.

Three other residents of the area – Menachem Noblovitz of Borrow Park, Josef Amram of Monsieur and Eliezer Josef of Kirias Joel – have been identified as victims of the horrific “avalanche”, according to reports.

“There are four families in the New York area that we keep in touch with, and the consulate in New York is helping them,”

; said Lior Hyatt, a spokesman for the Israeli Foreign Ministry.

“There are two more families from Canada and one from Argentina, and we are also in contact with their families,” Hyatt said.

Authorities said they were still working to determine if other Americans had been killed.

In addition to the dead, more than 100 people were injured Friday during a festival that draws tens of thousands of people, mostly ultra-Orthodox Jews, to the tomb of Rabbi Shimon Bar Yochai, a revered ancient Jewish mystic.

The Israeli health ministry said 32 of the dead had been identified by late Friday, but said Jewish Saturday had halted the process until early Sunday, NBC reported.

Commander Shimon Lavi, a police officer in charge of security at this year’s festival, said on Friday that he took “full responsibility” for the tragedy.

Police reportedly briefly blocked a staircase at the bottom of the corridor where festival goers were trying to escape.

The silence came after a tribune collapsed at the foot of Mount Meron, forcing hundreds to try to escape to safety – only to be trampled on by many.

On Saturday, dozens of Israelis, many outraged by the tragedy, held a vigil in front of Prime Minister Benjamin Netanyahu’s home.

There is no sign of Israel, the violence in Gaza subsiding amid calls for an end to the bloodshed