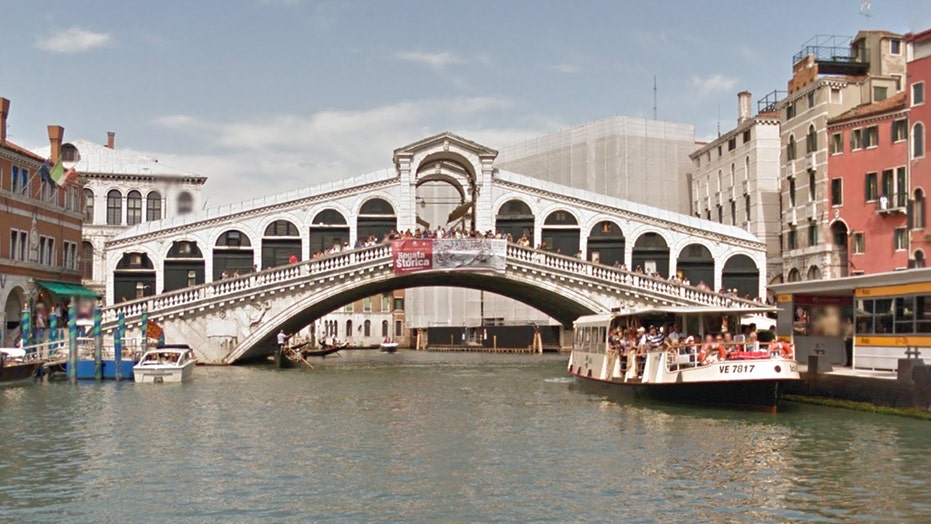 A tourist in Venice who was reportedly outraged at the number of euros given to him in return for $ 100 has been arrested for allegedly holding a currency hostage.

The man, who is thought to be 46-years-old by Israel, is now facing charges of kidnapping after a currency exchange business near the Rialto Bridge, according to The Guardian.

A person exchanged $ 100 for some euros – but felt worn out after seeing the amount of money that was given back to him.

THE DAILY TOURIST'S DAILY TAX TO TAKE EFFECTIVES IN JULY

A tourist was arrested in Venice after he allegedly held a hostage at a currency exchange rate near the Rialto Bridge.
(Google Maps)

TOURIST TOWARDS VENICE GUIDES, SMOKING GONDOLIER FOR DISPUTES OF SOFIA half-hour. A "terrified and frightened" worker eventually called police who appeared and arrested the man, The Guardian reported.

The arrest comes after a gondolier in Venice was threatened, hit and hit by a scandalous tourist in September after asking the man and his family to board their stationary boat.

The incident, which was recorded and shared on Facebook, reported that a group of South American tourists descended on a stationary cabin without the driver's permission and began taking selfies.

Click here to get the FOX NEWS app Guardian. [19659003] Venice has been pushing for saturation with tourism in recent years. Last year, the Italian city put up temporary gates to help deal with the crowds of tourists who run to iconic waterways throughout the city. Earlier this year, the city approved the admission charge for visitors who do not plan to stay overnight.

Alexandra Debler on Fox News contributed to this report.