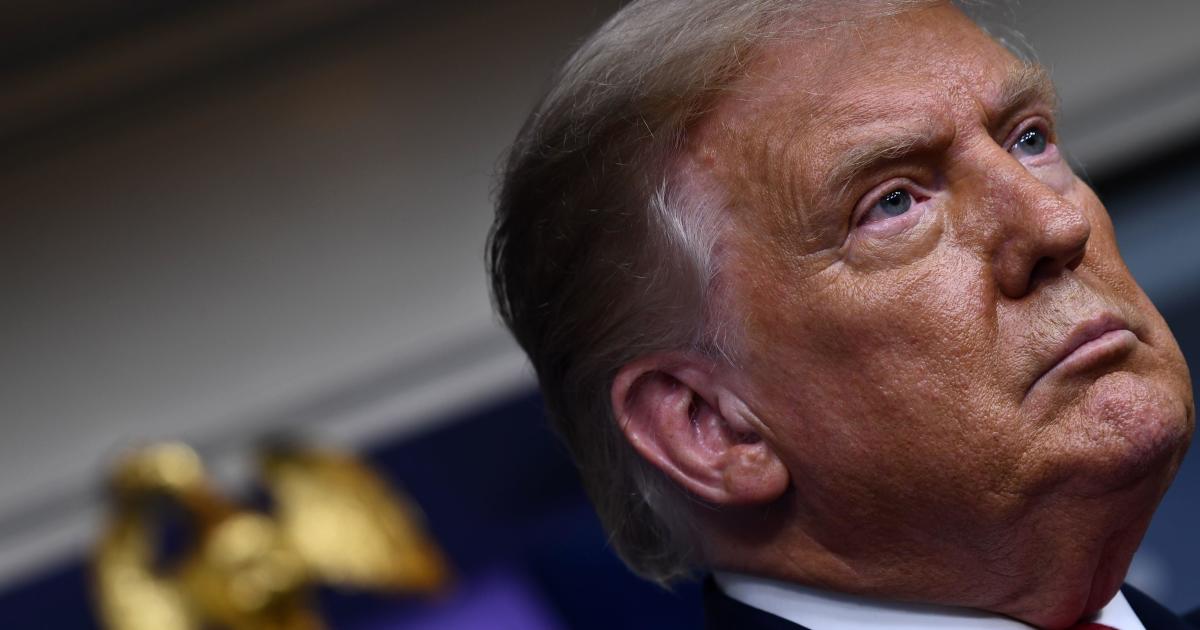 A woman accused President Donald Trump of assaulting her during the 1997 US Open in New York. In an exclusive interview with The Guardian, Amy Doris said Mr Trump was touching parts of her body and forcing his tongue into her mouth. in front of the event bathroom.

The Guardian reported that Doris had provided the site with evidence that she and Mr Trump had attended the event together. The report includes several photos of Mr Trump and Doris together, including one in front of the area where the alleged attack took place.

Mr Trump has denied the allegations through his lawyers. Jenna Ellis, a Trump campaign legal adviser, told CBS News that “the allegations are completely untrue.”

“We will review all available remedies to hold The Guardian responsible for the malicious publication of this unsubstantiated story,” Ellis said in a statement. “This is just another pathetic attempt to attack President Trump just before the election.”

Doris told The Guardian that the incident happened when she was 24 and visiting New York with her then-boyfriend Jason Bean, who was friends with Mr Trump. She said she and Bean attended the US Open with Mr Trump on September 5, 1997, where they watched matches from his personal box. The photos published by the Guardian show Trump, Doris and others in the box.

Doris said at the exit that at one point during the event, she went to the bathroom, which was in the box behind a partition wall, and Mr. Trump was waiting in front of the bathroom when she left.

“He just put his tongue in my throat and I pushed it out. And then his grip got tighter and his arms were very swollen and all over my ass, my chest, my back, everything,” she told The Guardian.

She said she was shocked.

“I felt disturbed, obviously,” she said. “But I still didn’t process it and I was just trying to get back to talking to everyone and have a good time because, I don’t know, I felt pressured to be like that.”

The Guardian reported that Doris told several people about what allegedly happened. The outlet said that Doris called a friend in New York, as well as her mother, immediately after the alleged attack, and that she eventually revealed the events to some friends and her therapist. What she said to these people coincided with what she said at the exit, The Guardian reported.

Bean did not respond to The Guardian’s request for comment, but Mr Trump’s lawyers told the paper that Bean told them he did not remember Doris saying that something inappropriate or embarrassing had happened to Mr Trump. .

Mr Trump’s lawyers questioned why Doris would stay around Mr Trump and attend other meetings with him in the coming days if she had been attacked. But Doris said at the exit that she was in town “without money” and “nowhere to go.”

Lawyers also questioned how the alleged attack could have taken place in a box attended by others, and asked why she chose to sit next to Mr. Trump at a memorial service days later when she could sit on the other side of Bean, The The Guardian reports. Lawyers also noted that Doris had never reported an alleged assault to law enforcement and suggested that the timing of her allegations was politically motivated.

Doris told The Guardian that she intended to talk about the alleged attack in 2016, but decided not to do so, partly for fear that it would harm her family.

She said she still did not feel safe, but added that “I don’t care because people need to hear this […] This is sexual violence and it is wrong. “

More than a dozen women have accused Mr Trump of sexual misconduct. Last year, Council columnist E. Jean Carroll came out about her own alleged attack by the president. On Thursday, she aired support for Dorris, saying Dorris’s decision to come out was “in support of all women”.

Trump denied Carol’s allegations, saying she had “no idea” who she was and that her allegation was a “totally false accusation.”

Carol also tweeted a reminder that Trump had sexually assaulted another woman, Karena Virginia, at the US Open in 1998 – just a year after the alleged meeting with Doris. Virginia came out with the indictment in 2016, saying that Mr. Trump approached her while she was waiting for a car after the US Open, grabbed her arm and touched her chest. When she flinched, he claimed to have asked, “Don’t you know who I am?”

In 2016, the Trump campaign claimed that Virginia’s allegation was part of a “slander” campaign in coordination with then-presidential nominee Hillary Clinton.

Approximately 70% of people who are sexually abused never report it, according to the Ministry of Justice. Advocates of victims of sexual violence explained that many people choose not to appear for years, if at all. Scott Berkowitz, president of the sexual violence organization RAINN, told CBS News in 2018, victims are often afraid of revenge or assault and may be ashamed or under social pressure.