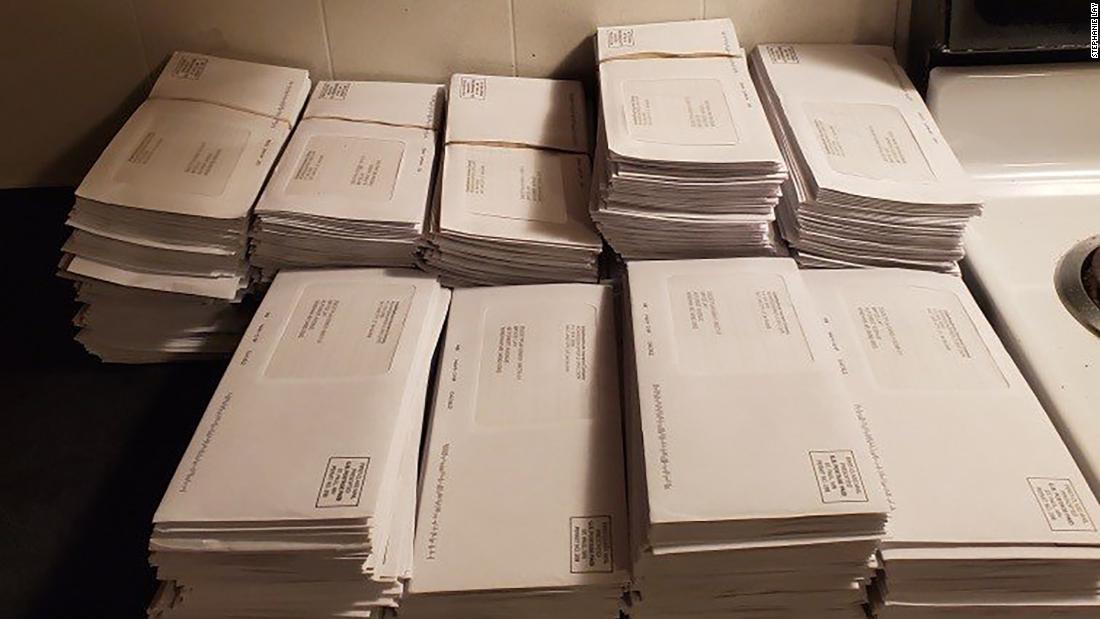 Stephanie Ley said she found piles of letters from the insurance company stashed in her mailbox between Thursday and Monday.

And the letters are just kept coming, piling up to at least 500 Monday.

They were addressed to her son, who has autism and lives in a private institution, she said. But instead of your son's name on the inside, when you opened them, the letters say the Department of Health and Human Services of Dear Maine is in Cincinnati, she told local media.

The letters are about $ 54 or $ 0, which health claims says United Healthcare is not covered said Lay.

When she asked United Healthcare why she was getting a mountain of letters, she was told it was a coding problem, she said.

In a statement, United Healthcare told CNN that it was working to resolve the issue but could not provide details because of confidentiality requirements.

"We have identified the cause of the problem. We are very sorry that this happened, and we have contacted the family to discuss the situation with them," said the health insurer.

Lay said all letters had a message at the bottom urging people to go paperless. "I think they had to cut down half the forest just to send it," she said.