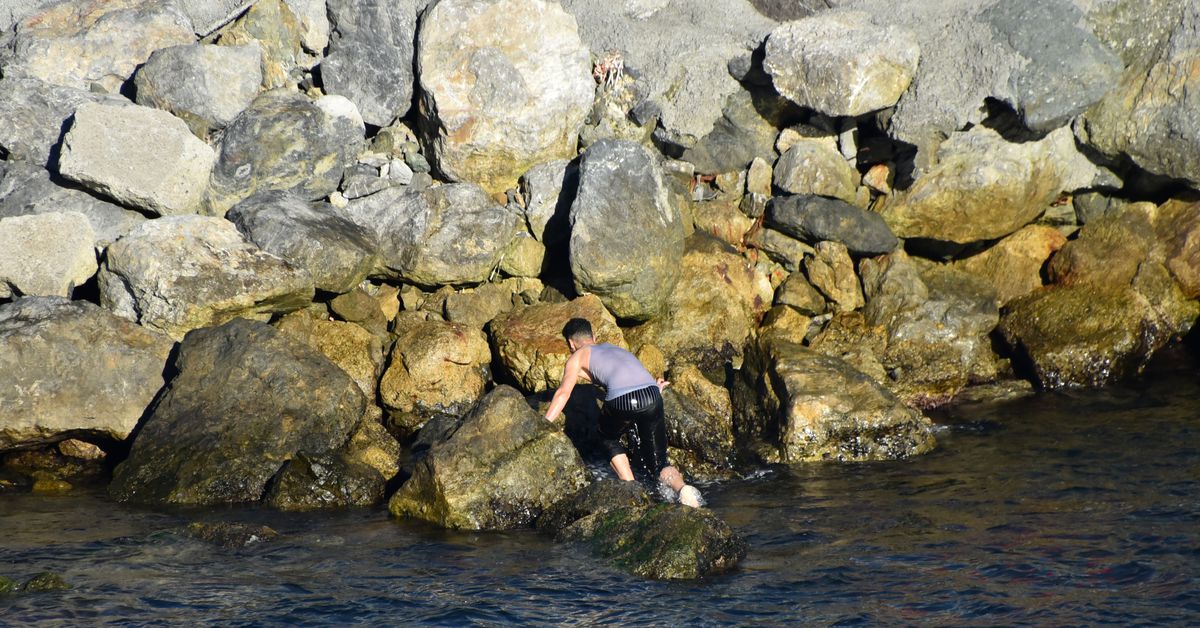 An unusually large group of about 5,000 Moroccans, many of them minors or families, entered the North African enclave of Ceuta in Spain illegally on Monday, a spokesman for the Spanish government delegation there said.

One person was killed in the attempt, the spokesman said.

Crowds of mostly young people swam on the beach, some running or pointing their thumbs, local footage from Faro showed, in an activity that started at night and picked up pace later in the day.

The Spanish enclaves of Ceuta and nearby Melilla on Morocco’s northern coast have long been a magnet for African migrants trying to reach Europe in search of a better life.

But the high number on Monday – which included about 1,500 minors, the spokesman said – was quickly followed by a announcement from Spanish authorities that they would increase their security presence.

Spain will “keep its cool”, Foreign Minister Arancha Gonzalez Laya told Cadena SER radio, adding that authorities had already begun sending those who had just arrived back to Morocco.

Spanish and Moroccan authorities had contacts in the afternoon about what was happening in Ceuta, she said.

The migrants arrived amid heightened tensions between Spain and Morocco over the fate of Brahim Gali, leader of the Algerian-backed Polisario Front, which is in a hospital in Spain.

In December, the United States recognized Moroccan sovereignty over Western Sahara, which has also been declared an independent state by the Polisario Front.

Gali was admitted to Spain for humanitarian reasons, Gonzalez Laya told Cadena SER radio, adding that he believed the influx of migrants was not revenge for the fate of the leader of the Polisario Front.

“I can’t talk about Morocco, but what we were told a few hours ago this afternoon was that it was not due to disagreement (with regard to Ghali),” Gonzalez Laya said.

“Spain was very clear and detailed on the case. It’s just a humanitarian issue,” she said.

Biden is struggling to detail Afghanistan’s plans after the withdrawal