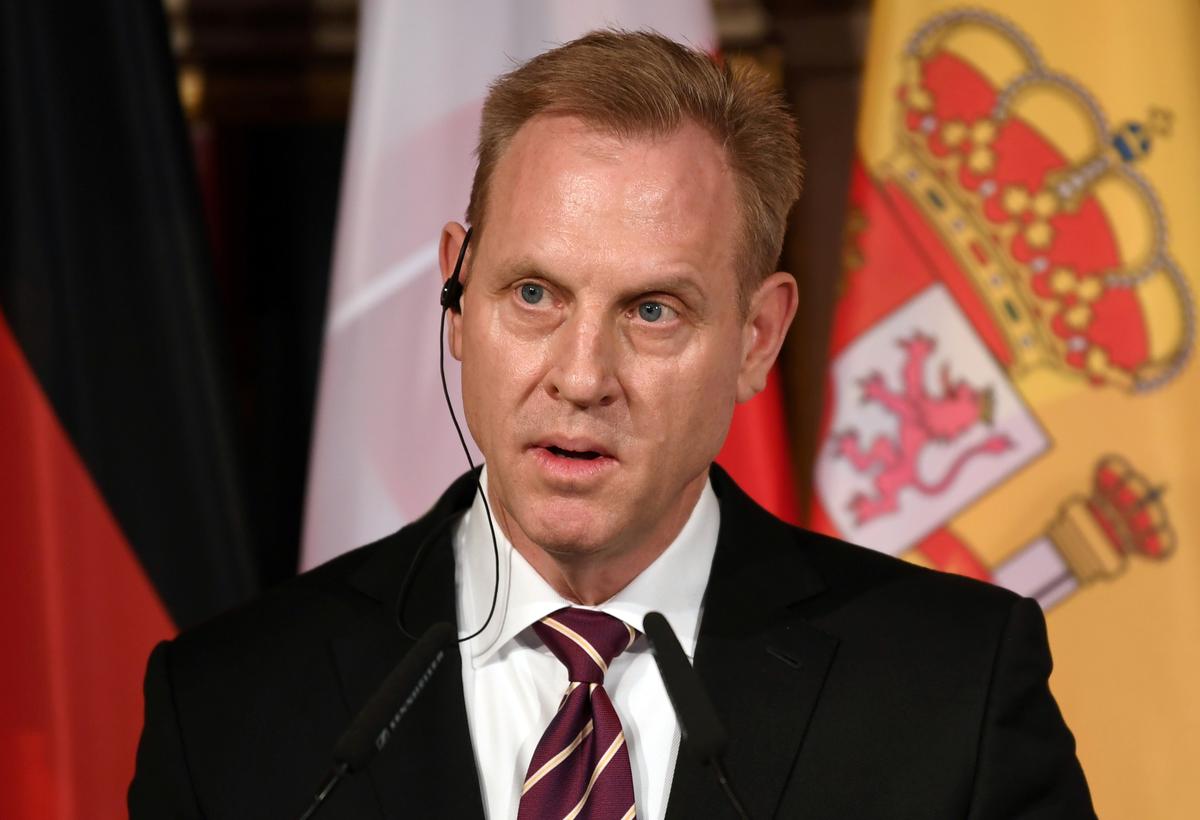 ABOARD A U.S. MILITARY AIRCRAFT (Reuters) – Acting U.S. Defense Secretary Patrick Shanahan said on Saturday he had not yet determined whether a border wall with Mexico was a military necessity or how much Pentagon money would be used.

President Donald Trump on Friday declared a national emergency in a bid to fund his promised wall at the US-Mexico border without congressional approval.

And U.S. Pat. defense official, speaking on the condition of anonymity, said that Shanahan was likely to approve the $ 3.6 billion being redirected from the military construction budget.

By declaring a national emergency, Trump can use the Department of Defense funding to build the wall.

According to the law, the defense secretary has to decide whether the wall is militarily necessary before money from the military construction budget can be used.

"We always anticipated that this would create a lot of attention and since the moneys could potentially be redirected, you can imagine the concern this generates," Shanahan told reporters traveling back from his trip to Afghanistan, Middle East and Europe .

"Very deliberately, we have not made any decisions, we have identified the steps we would take to make those decisions," Shanahan said.

He added that the military planners had done the initial analysis and would start reviewing it on Sunday.

Officials have said that the administration had found nearly $ 7 billion to reallocate to the wall, including about $ 3.6 billion from the military construction budget and $ 2.5 billion from a Defense Department drug interdiction fund.

The U.S. defense official said Shanahan would meet with the service secretaries in the coming days to pick out which specific projects the money should come from.

Shanahan said that planners had identified the various sources of money that could be used, but he did not decide specifically what projects it would impact and ultimately it was his decision.

"I'm not required to do anything," he said.

Shanahan said he did not expect to take money away from projects like military housing.

1; I've received a number of letters, I've had a lot of feedback, do not jeopardize projects that are underway," Shanahan said.

"As we move our way through the process we will use good judgment," Shanahan said.

The Republican President's move, circumventing the Congress, seeks to make good on a 2016 presidential campaign pledge to build a border that Trump insists is necessary to curtail illegal immigration.

Within hours, the action was challenged in a lawsuit filed on behalf of three Texas landowners.

"We are following the law, using the rules and we're not bending the rules," Shanahan said.