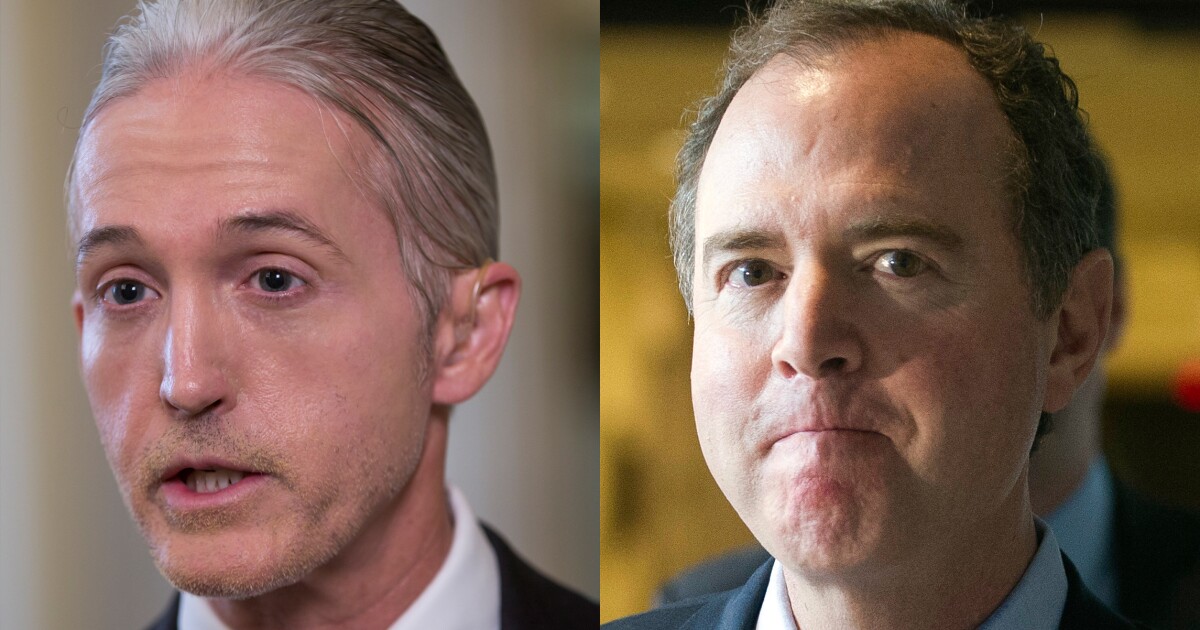 Former Rep. Trey Gowdy said House Intelligence Committee Chairman Adam Schiff did "everything he could" to get Hillary Clinton elected and did not stop there

Host Maria Bartiromo asked Gowdy, now a Fox News contributor, to respond to a letter signed by all nine GOP members of the House intelligence panel calling on Schiff, D-Calif. to resign as chairman

"Never seen that before," the South Carolina Republican said, adding, "We had a lot of bad days for the eight years I was in Congress but we never voted to remove or ask a chairperson to step down. "

Gowdy, who was the chairman of t the House Oversight Committee last term and a former member of the intelligence panel, noted that some of the Republican members calling for Schiff to step down are not "bomb throwers" or "members of the crazy caucus." He named Reps. Elise Stefanik of New York; Will Hurd of Texas, a former CIA employee; and John Ratcliffe of Texas, and former federal terrorism prosecutor.

All of the House Intelligence Committee Republicans called on Schiff to resign as chairman last week because they had "no faith" in his leadership given his repeated assertion there was "more than circumstantial evidence "that Trump colluded with Russia, even after special adviser Robert Mueller concluded that there was no conspiracy between the Trump campaign and the Kremlin, according to a summary from Attorney General William Barr

"I think the next thing that's going to happen is the different intelligence communities, the different intelligence entities are going to say, if you do not believe the information we provide to you, if you prejudge the outcome of the investigations, if you have the president of the United States not just indicte d but in jail and you continue to leak like a screen door on a submarine, we're going to quit giving you information, "" Gowdy said. "That's when Pelosi will replace Adam Schiff with someone like Jim Himes who's every bit as progressive, he's just a lot smarter and a lot more reasonable."