After riding Hurricane Dorian in the Bahamas, the preschooler returned to hug a group of classmates. 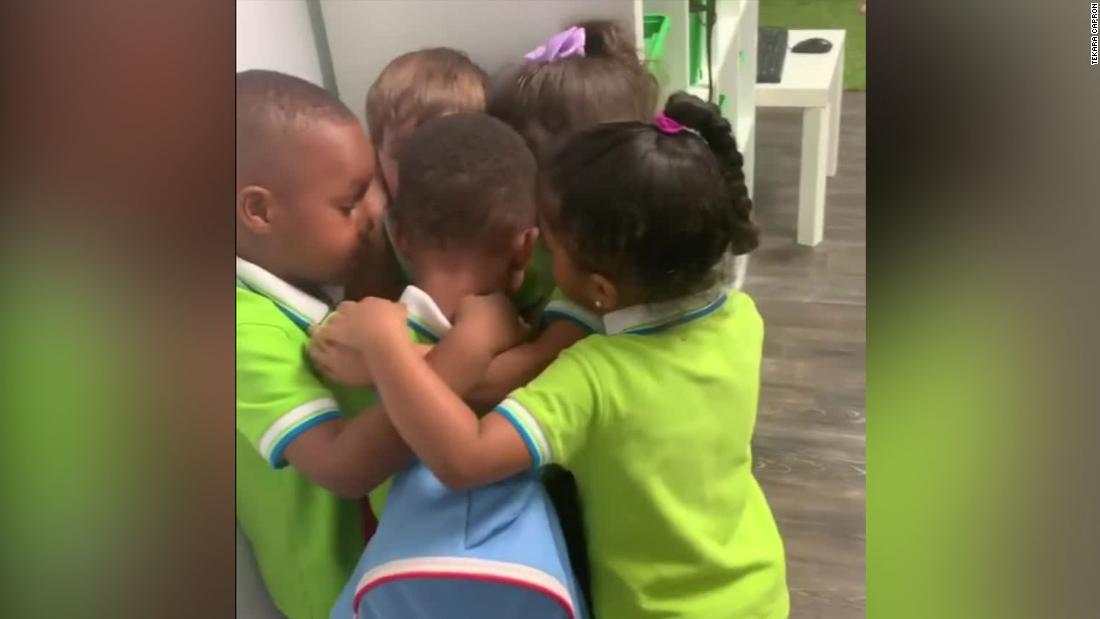 3-year-old McKay Simmons entered Pembroke Pines in his classroom and was immediately greeted with hugs. In a video recorded by his mother, Tekara Capron, Makai began to tear up when someone said "we missed you."

"They came and hugged him and supported him," Capron told CNN. "It really touched me, you know, this is what I needed."

Capron told CNN that she grew up in the Bahamas and tries to get back there every weekend. So when Labor Day weekend came, it wasn't a matter of her making the trip to Freeport, Grand Baham with her son, all hoping to avoid Hurricane Dorian as he made his way to the Florida coast.

"Instead, she came directly to my island, where was my whole family, my friends, my loved ones," said Capron. 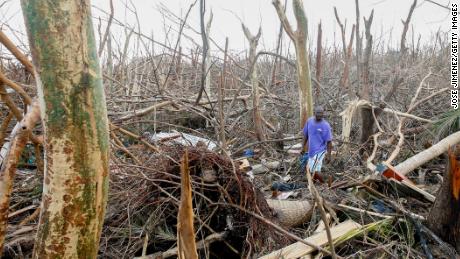 Hurricane Dorian crossed the path of destruction through Grand Baham and the Abaco Islands, leaving at least 50 people dead, hundreds missing and about 70,000 homeless.

The 22-year-old said she had experienced hurricanes before, but this one was "horrifying."

"This one was absolutely Oh devastating and terrifying to me, especially with my son there, "Capron said.

She remembers the horrifying moments when the door to her grandmother's house opened when Dorian passed through the island. She wrapped Makai in his arms and held him.

Dorian survived, but the house they were flooded . Capron took a picture of Makai standing by the water line inside the house, which almost reached his chest.

Capron said that her family lost a lot, but that "they are material things." She is grateful that she has just survived with her family.

Makai treats Dorian as a monster because that's how the wind sounded to him, Capron said.

Having survived the anger of Dorian, witnessing the moment when the children hugged her son, was a special moment that he said he needed.

"My whole country is in such a point of devastation and everything we've seen," she said. "It made me feel truly loved and cared for."