Alabama is the Newest Front in Trump's War on Truth 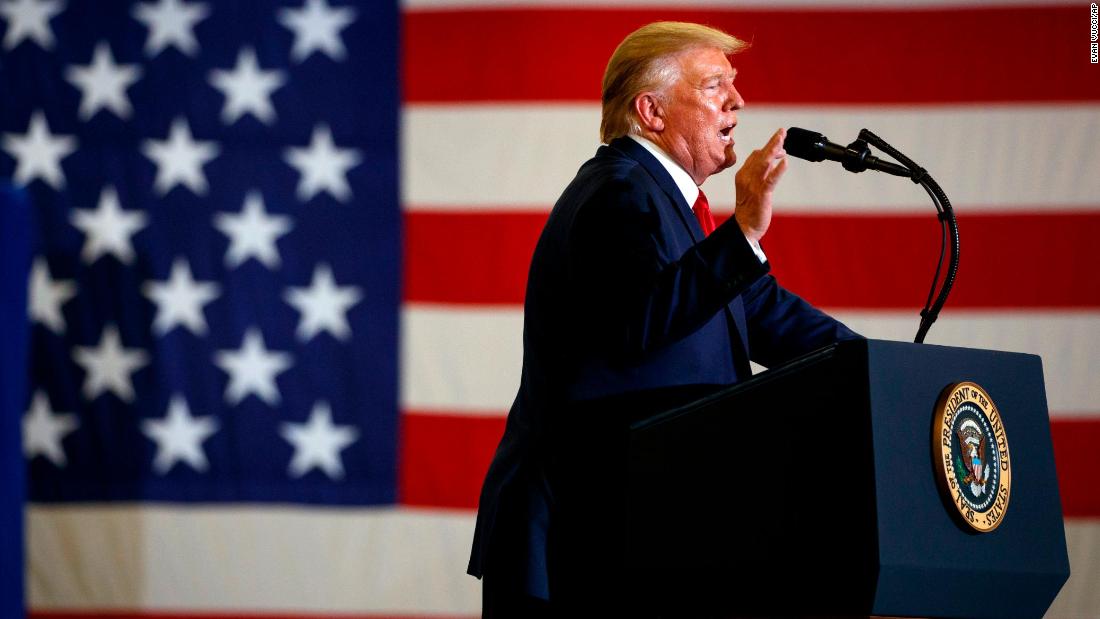 Trump has repeatedly said that Alabama is at risk when the state is not, and then he insisted that he was right when he was wrong. Federal agencies felt pressured to support his lies. And that is exactly what makes this episode so disturbing and so lasting. When people talk about war with the truth, that's exactly what they talk about.

But here's the good news: Agency employees are silent.

In an email to employees, acting NOAA Chief Scientist Craig MacLean credits the Office of the Birmingham National Weather Service for correcting "any public misunderstanding in an expert and timely manner," in other words, disputing the president's misinformation. According to the Washington Post, McLean said he was "pursuing potential violations of our NOAA order of scientific integrity."

Also Monday, NWS Director Louis Uchelini spoke at a conference and praised the Birmingham office and said they "did everything any office would do". When he asked local officials to stand up and be recognized, there was a long standing ovation from participants.

Later in the day, The New York Times, citing three anonymous sources, said Commerce Secretary Wilber Ross "threatened to fire senior officials" at NOAA because of the Birmingham Belly. Ross denied the report. But the New York Times said very specifically that Ross "called Neil Jacobs, the acting NOAA administrator from Greece, where the secretary traveled for meetings and instructed Dr. Jacobs to address the agency's perceived contradiction with the president." Later that day, NOAA came out with B.S. a statement that tried to back Trump despite all the evidence available.
The statement "is now being reviewed by the Office of the Inspector General of the Department of Commerce," The New York Times reported.

This: "At Risk," writes the Washington Post team, "is the public's confidence in weather forecasts and warnings aimed at saving lives and protecting property, as many current and former NOAA executives and meteorologists have expressed Concerns that this dispute has damaged NWS confidence. "

1; at least in democracy – is not to be a personal censor of the president, especially when life is threatened. Wilber Ross' actions can have real human and financial costs. His job as a sales secretary is to promote the interests of the business. But threatening anyone who disagrees with NOAA Like the president's personal story, the opposite is true – part of NOAA's mission is to provide businesses and communities with reliable environmental and weather information so they can protect themselves . The silence of the facts is both undemocratic and puts business interests and life at risk. "

Grapes adds:" In the near future, the restrictions placed on NOAA mean that true news – which could save lives when we talk about time – is not allowed to escape. The fake news – which could spread panic – is instead perfect at the request of the president. This is state-sponsored censorship with real human and financial costs. "

" To say this out loud sounds ridiculous, "admitted Anderson Cooper on Monday," AC360, "but it's true:" We have federal employees who get reprimanded for accurate disclosure

"We do it," said former Richard Ethan Painter, an ethics lawyer, to cover the political president by presenting "alternative facts" in the language of Kellyanne Conway, and now this is reflected in time. "

Former NOAA General Consultant Monica Medina added:" It matters because prom The president of this weather map has really crossed the line in terms of the freshness of the weather forecast. It is important for NWS to speak with one voice, in unison, because they communicate all the weather forecasts there in the country. "

– Oliver Darcy Tweets : "Trump's attempt to destroy the truth is the GREAT story of his administrator. He repeatedly beats the system, hoping it will be OK. It is Orwellian. This is a serious problem. You should not sweep under the carpet. It's not about sharps. It is an effort to destroy the truth. "
– Chris Chillica on CNN in The Point bulletin Monday: The truly insidious thing is: Trump's disrespect for truth is" about a culture that creates a disregard for truth. And how not to tell the truth is stimulated in an inverted world where whatever Trump says must be accepted only because he is Trump. "
– David A. Graham of the Atlantic says" this is not a storm; this is the cover up. "

The sentence comes from Jonathan Lemire and Alan Fram of the AP:" You're trying to prove your political effect by pushing a Republican to win a special election, President Donald T used a rally in North Carolina on Monday to paint a grim picture of a nation that he thought would be flooded with crime, poverty and immigrants if Democrats seized power in Washington. "

– Margaret Atwood's" Covenants "is firmly on the Amazon bestseller list before the book is released on Tuesday.
– Jody Cantor and" She Said "to Megan The pair is also in the top 10.
– Apple Product Launch Event is at 1:00 PM ET / 10 a.m. PT Tuesday. Here's what to expect.
– Read More Reliable Sources Newsletter "On Monday. And subscribe here to receive future editions in your inbox.
– MSNBC is with the lifting of the 11th anniversary of the" Show on Rach Maddow. "Maddow debuted on 9/8/2008.
– Madd's rival at 9:00 on CNN, Chris Cuomo, Tweets :" We're in a tough business at a difficult time and rarely done; marking is less frequent; creating a standard is almost impossible. @maddow is on top for a reason. 11 years is very impressive. #Congrats "