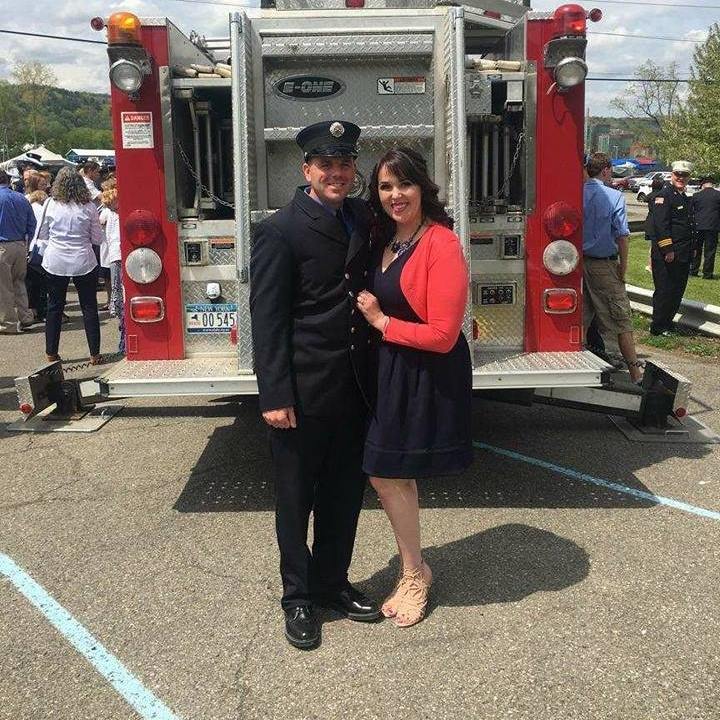 The Albany Airport Firefighter who nearly died after an infection turned septic over the weekend survived another health scare this week.

Chelsea Woodward said the doctor thought her husband, Josh Woodward, might have developed a flesh-eating bacterial infection in her hand, according to her updates on Facebook. , saying the doctors were worried they would have amputated Josh's arm to save his life

"Worst case scenario, we're down to 0% survival. They said they'd only seen it one time, and it did not end well, "she wrote Tuesday evening.

Doctors prepped Josh for surgery, telling his wife and family he could be in the operating room for up to three hours

Less than an hour later, the surgeon came out and told Chelsea that it was not a flesh-eating bacteria and that Josh would be able to keep his hand for now

"You did this all," she wrote. "You and God! You formed an army, and you did that. I can not thank you enough. "

Doctors are still not sure what's wrong with Josh's hand and the pathology reports are expected to come back later today, Woodward wrote

Josh Woodward, 33, went to the hospital last Thursday after

He planned to get some pain medicine and possibly a sling for his arm.

Doctors told Chelsea that the infection had spread from his arm to his chest, damaging his major organs. During his stay his kidneys began to fail, and he had a heart attack that required surgeons to place a balloon in one of his arteries

On Friday night, doctors told the family they did not expect Woodward to make it through

Chelsea Woodward, who runs a photo business, has chronicled her husband's struggles on social media, asking people to pray for him and providing updates from the doctors

The Woodward has two young children under the age of 5