Alexei Navalny shares the first photo from a hospital after poisoning 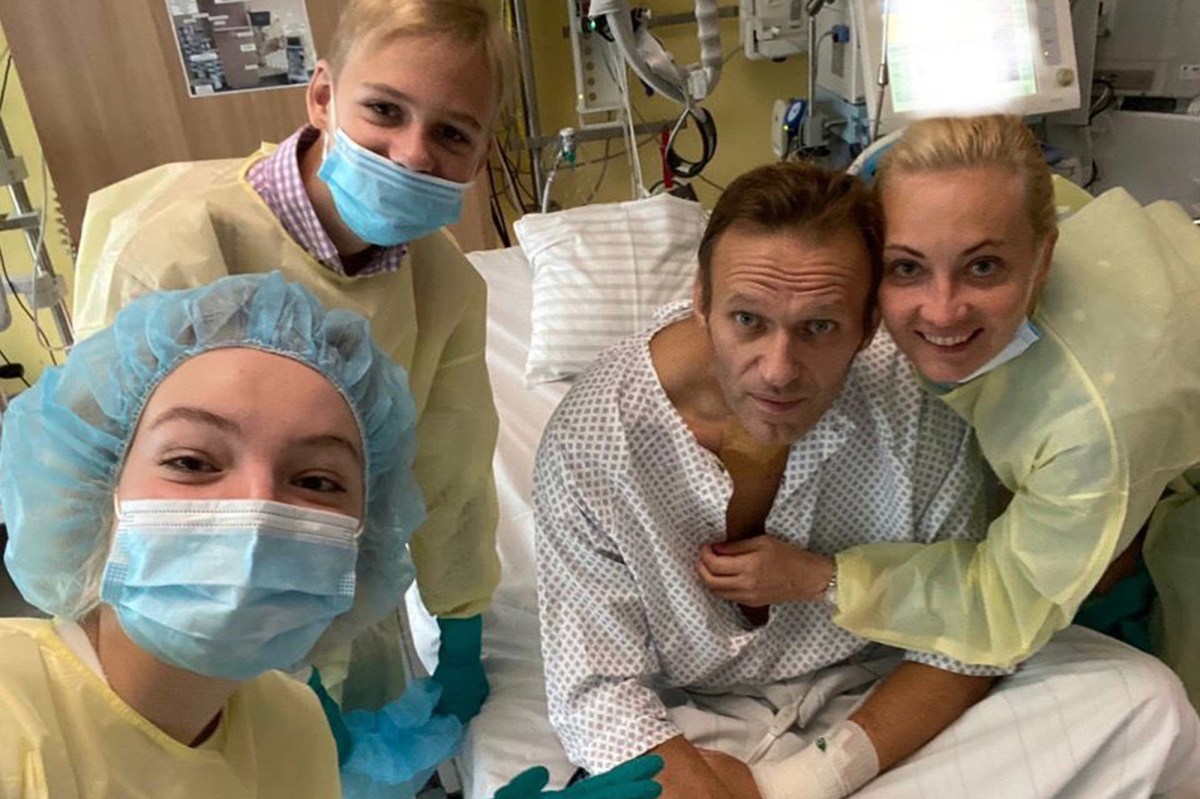 Russian dissident Alexei Navalny posted a photo of himself in a German hospital bed on Tuesday, surrounded by family members, looking discouraged as he recovered from the poison.

“Hello, this is Navalny. I miss you, “Navalny wrote in Russian on Instagram, adding that he still couldn’t do anything – but managed to breathe on his own all day on Monday.

“I did not use any outside help, not even the simplest throat valve. I really liked it, “he told his followers at Berlin’s Charité Hospital, surrounded by his wife and other relatives.

On Monday, a Kremlin critic who became mortally ill after drinking allegedly poisoned tea at a Siberian airport on his way to Moscow last month vowed to return to Russia as soon as he recovered.

“He has no plans to go into exile in Germany,”

; a senior German security official told The New York Times. “He wants to return to Russia and he wants to continue his mission.

Navalny was taken to Germany for treatment two days after the poisoning.

His family insists the poisoning was the Kremlin’s, but Russian authorities deny the allegations.

News of Navalny’s refusal to stay away from Russia came hours after specialized laboratories in France and Sweden independently confirmed that he had been poisoned by Novichok, a neuro-paralytic agent who is an alleged favorite of Moscow’s intelligence forces.