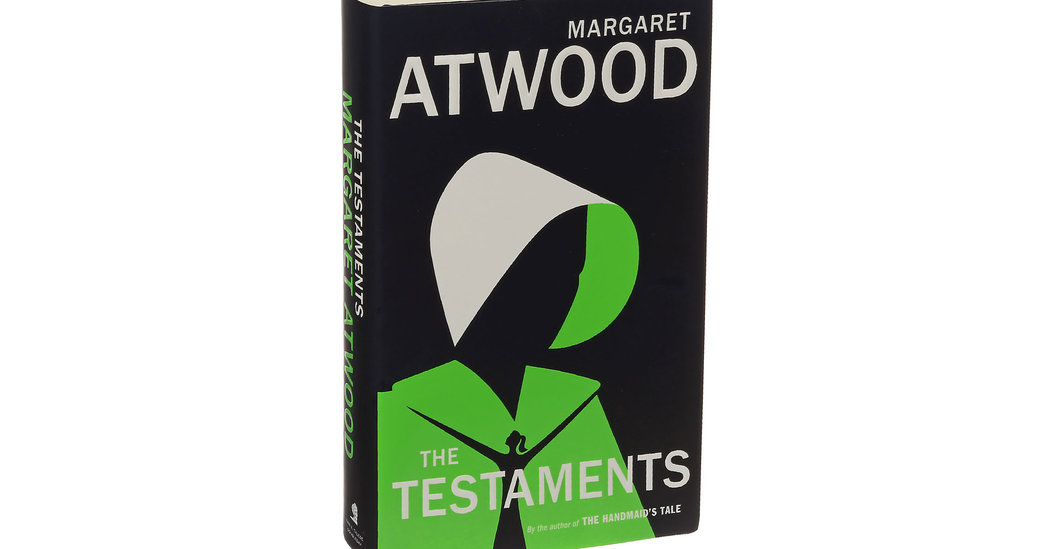 Josh Christie, co-owner of Print: A Bookstore in Portland, Me., Has signed many a document before a book release. But few have come with as many Gilead-like stipulations as the affidavit for the sequel to "The Handmaid's Tale."

Mr. Christie committed not only to keeping “The Testaments” in a monitored and locked location, but also to prohibiting any staff member to photograph the book or read a single passage before the release date: Sept. 10 at 12:01 a.m.

And yet on Tuesday, a full week before the highly anticipated release, some Amazon buyers had already received copies of the book, a social media postings show. That development also has nfuriated independent books llers, aggravating the long-simmering resentments of Amazon for undercutting their ability to turn a profit.

“Hey, at least we get a cheap enamel pins for running our preorder campaigns and sticking to on-sale dates,” Mr. Christie wrote on Twitter .

Amazon, the world's largest and speediest retailer, blamed technology for the mistake.

"Due to a technical error, a small number of customers were inadvertently sent copies of Margaret Atwood's ' The Testaments,'" a spokesman said in a statement. “We apologize for this error; we value our relationship with authors, agents and publishers; and regret the difficulties this has caused them and our fellow booksellers. ”

Amazon would not say exactly how many books were released early.

The company's response only stoked resentment among independent booksellers.

Rebecca George, who owns Volumes Bookcafe in Chicago with her sister, objected to the term “fellow bookseller.”

“They are their own monopoly y of chaos,” she said in an interview. “[We] think in the same class of retail really irks me.”

Ms. George said that she hoped Amazon would face fine – as booksellers sometimes do – for violating embargoes.

In a post on LitHub, Josh Cook of Porter Square Books in Somerville, Mass., Echoed this sentiment. “If Amazon suffers no meaningful consequences for violating a contract that they and everyone else signed,” he wrote, “what exactly is the point of strictly on-sale dates and embargoes?”

Beth Mowbray of Wilmington NC, who writes book reviews for The Nerd Daily were among those who received "The Testaments" ahead of schedule. Given that she had already requested an advanced copy from the publisher and was told that no one was getting it early, she was surprised when an email from Amazon appeared in her inbox on Sunday stating, “We're able to get part ”

The book arrived on Tuesday. "Think just hard for me to understand how that kind of mistake is made," she said in an interview on Thursday night.

Penguin Random House, publisher of “The Testaments,” said in a statement: “A very s mall number of copies of Margaret Atwood's 'The Testaments' were distributed early due to a retailer e rror, which has now been rectified. We appreciate that readers and booksellers have been waiting patiently for the much-anticipated sequel to the best-selling 'The Handmaid's Tale.' ”

A representative for the publisher did not immediately respond to further questions on Thursday.

Ms. George and Mr. Christie said that images of books mailed by Amazon were already on social media, which could lead customers to buy "The Testaments" from the online giant instead of bookstores.

"If a bunch of people are showing they have their copy, a lot of misinformed people will go and order from Amazon," she said.

Booksellers are also angry because the scales are already tipped in Amazon's favor. Along with the ease of ordering through the site, Ms. George said, also the price differential.

On Thursday, the book was listed at $ 17.37 on Amazon. In a thread on Twitter the Raven Book Store in Lawrence, Kan., Calculated that "if we sold it at their price we'd make $ 1.73 per copy."

Although the long-term cost of The kerfuffle around what was expected to be one of the top-selling books of the year – if not the decade – was unclear, there was a short-term benefit for some furious booksellers.

Mr. Christie's provocative posts on Twitter encouraging readers to preorder the book from his store in a record number of preorders over the past 24 hours, he said.