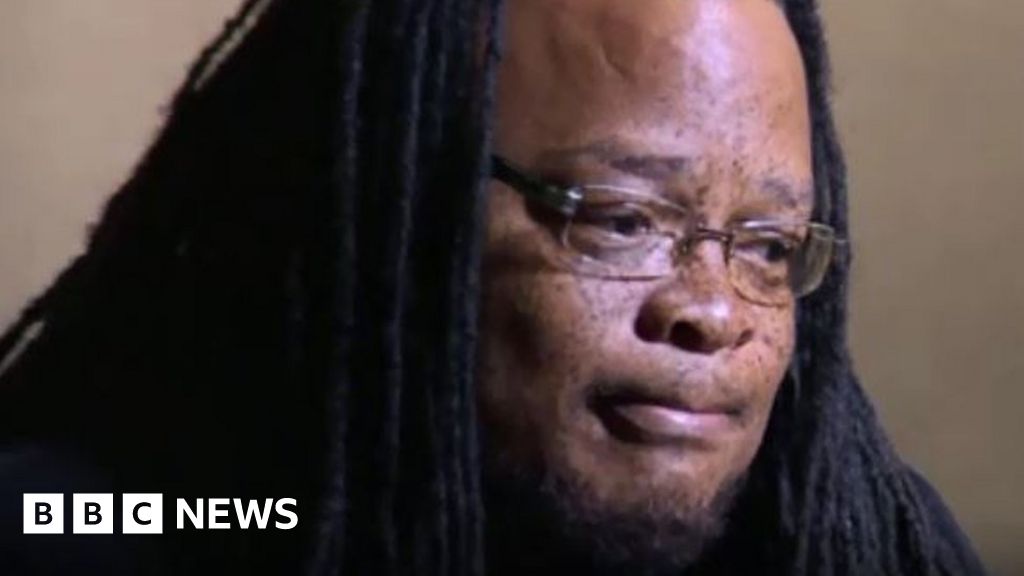 Students at a Wisconsin school protested the shooting of a black guard after he told a student not to call him racial fraud.

Marlon Anderson was fired for repeating the n-word while quarreling with a black student, who

Mr Anderson was asked on October 9 to help remove an uneducated teenager who then began targeting him racial abuse.

He was fired by the Western High School in Madison on Wednesday.

Dozens of students staged a walk Friday in the US capital in the Midwest to demonstrate their dismissal.

7-year-old Noah Anderson, who is president of the school's black school union, directs the walk.

The union representing Mr. Anderson filed a complaint against the county Thursday, urging him to be reinstated and to receive repayment.

Mr. Anderson said he felt entitled to do so. not to be called that word.

"My father used to call that word, my grandmother, my grandfather, and I continue to go down the family line," he says.

"We were all called this word and none of them could say 'no' don't call me that. I can.

" And I should not be punished because I have the right to tell someone not to tell me called this word.

"I made the conscious decision to take the word because it is an epidemic."

He added, "Our children use it every day."

Mr. Anderson has worked in the school district for the last 11 years. .

In an interview with the New York Times, he said he was asked by assistant principal Jennifer Talarczyk to deal with a 17-year-old student who was accused of picking up another student's cellphone.

While escorting the alleged cause of problems from the building, Mr. Anderson stated that the student had targeted racial fraud 15 times, along with other offensive terms.

While Mr. Anderson told the student to stop saying the word, he repeated it several times, he said that Ms. Talarczyk present activated the microphone of the walkie-talkie, allowing other employees to listen to the interaction.

On Friday, the district school board of trustees, Gloria Reyes, called for Mr. Anderson's request for reopening to be reviewed quickly.

"This is an incredibly difficult situation and we acknowledge that emotions, harm and complexity are all related," she said in a statement.

"Many people in our community and our area are struggling with this complexity and we will continue to do so as we move forward.

In a separate statement, Jane Belmore, the district superintendent, stated her policy" that racial servants would not be tolerated when told by anyone in any school setting, regardless of circumstances that are "created" in an attempt to unequivocally protect students from harm, regardless of intent. "

But she noted that "different views

Last year, at least seven employees in the Madison metropolitan area were fired or resigned after using racial slaves in front of students.