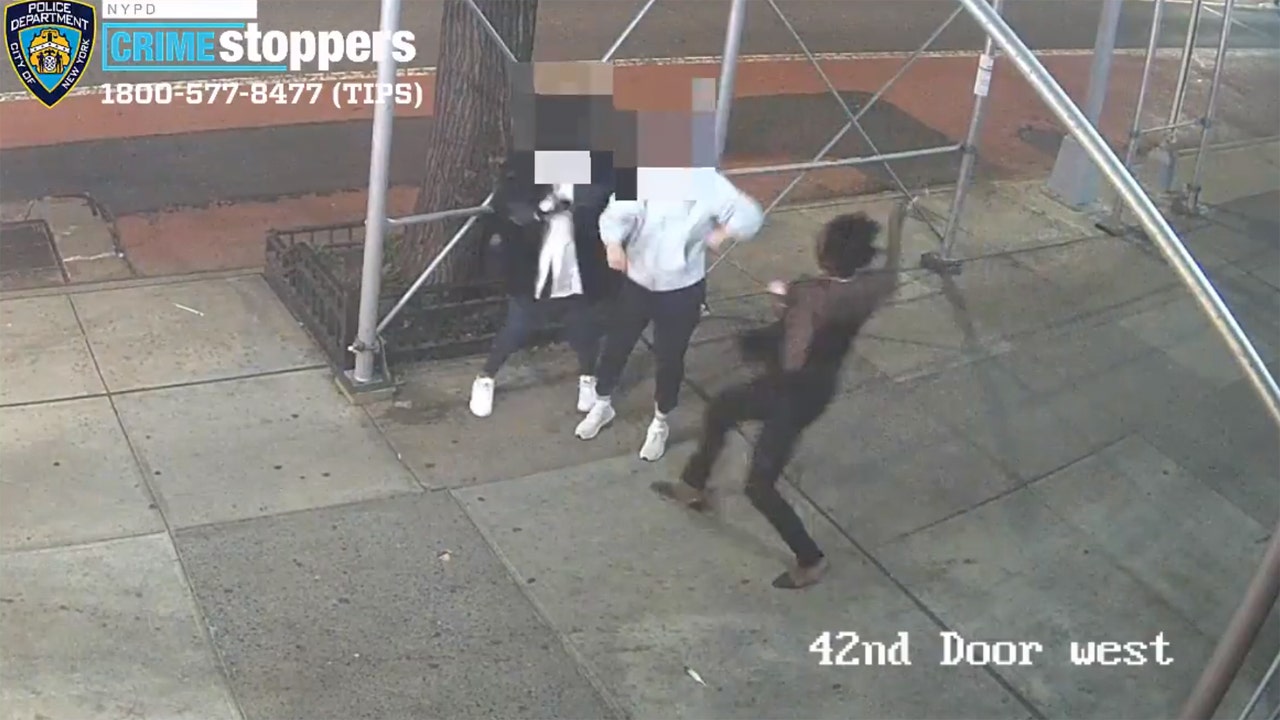 An Asian woman was ordered to take off her mask – and then hit in the head with a hammer – by an unknown woman in Times Square on Sunday, one of two suspects in hate crimes in Manhattan over the weekend.

The assailant swung a hammer at the victim, hitting her on the left side of the face, according to police.

The cops restored the hammer, but the attacker is still in the wind. The incident is being investigated as a hate crime, authorities said.

The injured woman, whose address is in California, was treated at NYU Langone Hospital, cops said.

Just over a day earlier, a 20-year-old man was arrested for an alleged attack on an Asian couple right next to Grand Central Station.

; and said, “You don’t belong here,” before hitting the 50-year-old woman in the head with a bag of chips, police said.

The cops caught the suspect Adam Taversier at the station.

Taversiere, who was arrested in July for allegedly smashing windows on an MTA train, faces two counts of assault as a hate crime and aggravated harassment as a hate crime, police said.

He has been arrested 22 times before, dating back to 2018, on charges that include robbery, petty theft, burglary and assault, a police source said.