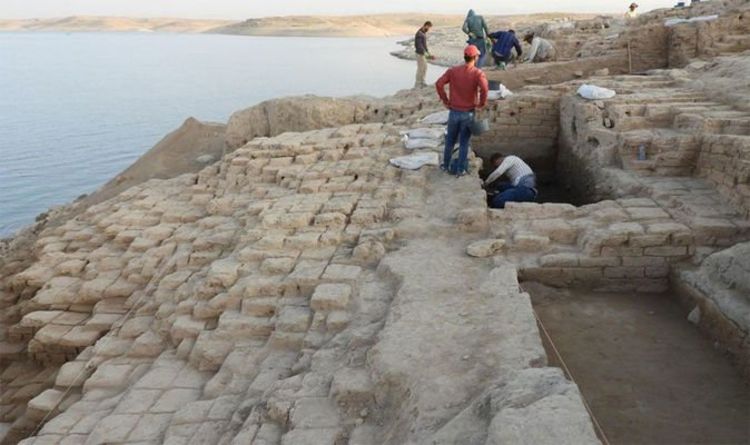 A drought combined with the release of water through the Mosul Dam in Iraq has revealed the hidden site of the Mittani Empire. The amazing palace has been hidden since the mid-1980s when the dam – Iraq's largest – was built. Now, archaeologists have finally been able to fully examine it, Sky News reports.

A team from Germany and Iraqi Kurdistan discovered several rooms along with engraved clay tablets and wall paintings that they believe dates back to the Middle Bronze Age, around 1800 BC.

Kurdish archaeologist Hasan Ahmed Qasim said: "The find is one of the most important archaeological discoveries in the region in recent decades

0 when the dam had low water levels but "

The palace site is called Kemune

Tübingen Institute for Ancient Near Eastern Studies" Ivana Puljiz added: "We have also found remains of wall paintings in bright shades of red and white.

"Information on the palaces of the Mittani Period is so far available from Tell Brak in Syria and from the cities of Nuzi and Alalakh, both located on the periphery of the empire. Even the capital of the Mittani Empire has not been identified beyond doubt. "

One of the tablets found suggests that Kemune could be the ancient city of Zakhiku, which is thought to have existed for at least 400 years