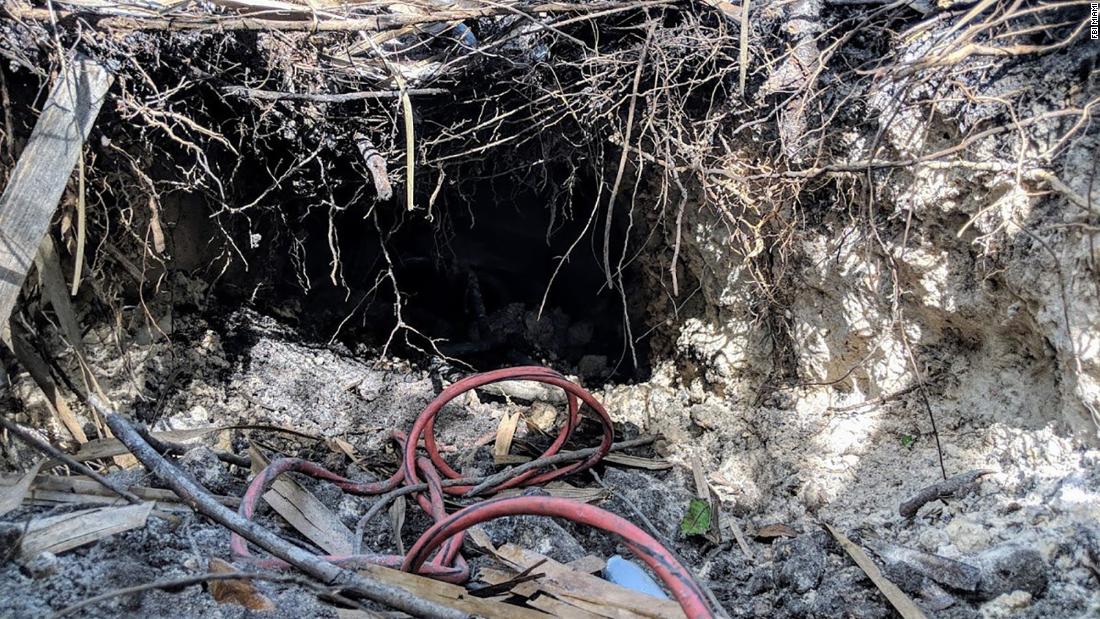 The Pembroke Pines public works workers responded to a report of a possible sinkhole near the bank on Flamingo Road on Tuesday night and discovered the tunnel, which was about 50 yards long, with a power cord inside and a small generator at the foot , the FBI said Wednesday

"It's about 2 feet, maybe 3 feet in diameter, it's very small, it's very claustrophobic," FBI Miami Special Agent Michael D. Leverock told reporters. and a wooded area south of the bank, which is in a shopping complex across the street from the tunnel's entrance. The tunnel did not reach the bank, the FBI said, adding that it is investigating the discovery as a attempted bank burglary.

"They're heading to the ATM, I do not think they were doing that for any other reason," Leverock said.

The tunnel appeared to be a straight out of a movie.

"I would like to say I saw something like this in the movies, but this hole is so small that … it's unique," said Leverock. "

Authorities believe more than one person likely dug the tunnel, apparently using pick axes, Leverock said. A winch and a small wagon used to haul away dirt, debris and rocks was found, he said. Police also found a pair of muddy boots, a small home ladder and a stool, according to WPLG.

Authorities do not know where the tunnel ends or when it was abandoned, Leverock said. Raining over the past few days may have caused it to collapse, he said.

The Pembroke Pines Department of Public Works has declined to comment, referring questions to the FBI. The FBI released photos of the wagon and generator, hoping the public could help the authorities track the digger ̵

"So, if somebody's been bragging about this, somebody's seen this wagon, seen a generator and some folks who are talking about a tunnel, surely give us a call."