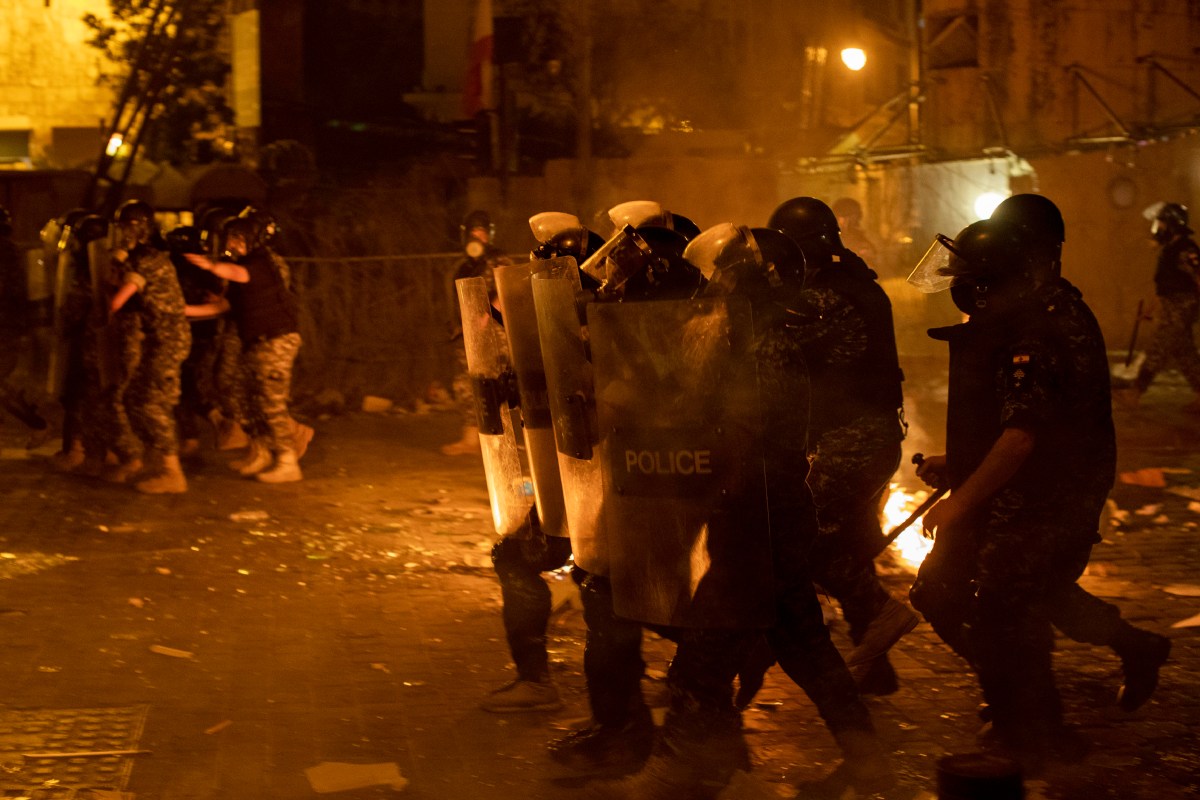 Anti-government protests are raging in Beirut over a deadly port blast that killed more than 100 people and destroyed the city center.

Authorities deployed tear gas to dozens of protesters near the national parliament on Thursday night as residents blamed the government’s negligence for the disaster, the BBC reported.

Authorities believe the large-scale explosion at the port on Tuesday was caused by 2,750 tonnes of ammonium nitrate, which authorities knew had been dangerously stored there since 2013.

The blast injured another 5,000 residents and destroyed neighborhoods of homes and businesses as the country struggles with the economic crisis, which is already exacerbated by the coronavirus.

The combustible material, commonly used to make fertilizers and explosives, is believed to have been transported on a ship owned by Russian businessman Igor Grechushkin, who allegedly abandoned the cargo at the port about seven years ago.

Authorities confiscated the material a year later, but it was left at the port in a bureaucratic limb as Lebanese courts failed to determine how to dispose of the chemical, The New York Times reported.

7;s state news agency said 16 people had been detained as part of a government investigation into the blast, the BBC reported.

Two officials also resigned, including Marwan Hamade, a member of parliament who said he was no longer proud to serve in an “ineffective” government, and Lebanese Ambassador to Jordan Tracy Shamun, the agency said.

French President Emmanuel Macron visited the site of the blast earlier Thursday, calling for “deep change” by the Lebanese leadership and an international investigation into the tragedy, the Evening Standard reported.

“If reforms are not carried out, Lebanon will continue to sink,” Macron said.

“Political change is also needed here,” he added. “This explosion must be the beginning of a new era.”