Apollo 11: Nixon's secret speech reveals what will happen if Armstrong and Aldrin can not return 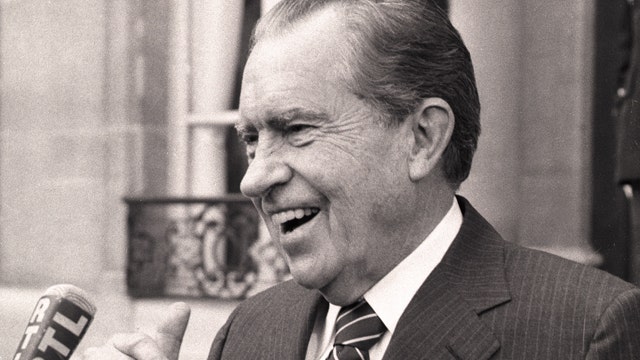 Apollo 11 was a stormy success, and astronauts Neal Armstrong and Buzz Aldrin managed to walk on the Moon and eventually return to Earth.

But what if they can not go back?

President Richard Nixon, who sent a message to Armstrong, Aldrin and Michael Collins after a successful moon landing, also asked for his speech, William Safir, to write a speech about unforeseen circumstances if something went wrong. The speech was eventually handed over to Nixon H. Chaldeman's head of staff and is now housed in the Presidential Library and Nixon Museum.

APOLLO 11 INSIDERIANS NONE THE EXECUTIVE MISSION OF THE SPACE: "WE HAVE WORK PERFORMED"

With a reference to THE LIBERTY CROSSING, Nixon's speech will turn to the widows of Armstrong and Aldrin. as well as the nation. "Fate has determined that men who have gone to the moon to study in peace will remain on the moon to rest in peace," begins the speech.

Safire, in an interview 1999 Meet the Press, said that Aldrin and Armstrong would be "abandoned on the moon." And "either he must die of hunger or commit suicide"

"These two men put their lives in the most noble purpose of mankind: the search for truth and understanding, "Nixon would have continued in his speech.

Nixon would have said that" others would follow with certainty will find the way to their home, "but the remembrance of Aldrin and Armstrong will be revered forever as" these men were the first and they will remain the most important in our hearts. "

Like the Nixon library, he added," Fortunately, [the speech ] was never needed, "and the former president called the three astronauts and thanked them for their successful mission, saying," Because of what you did, part of the human world. "

Millions of people on Earth watched on television as the message of all mankind was delivered in the Moon area during the historic Apollo 11 mission, where it still remains.This picture is a reproduction of the commemorative plaque attached to the foot of the Moon Module (OM), engraved with the following words: "Here the people of Planet Earth first stepped on The Moon, July 1969, in peace for all mankind. "(Author: NASA)

Although the call was "unexpected," Collins said last month in an interview with Fox News, he was "delivered and well received."