Apparently I attended a Windows 7 party 10 years ago 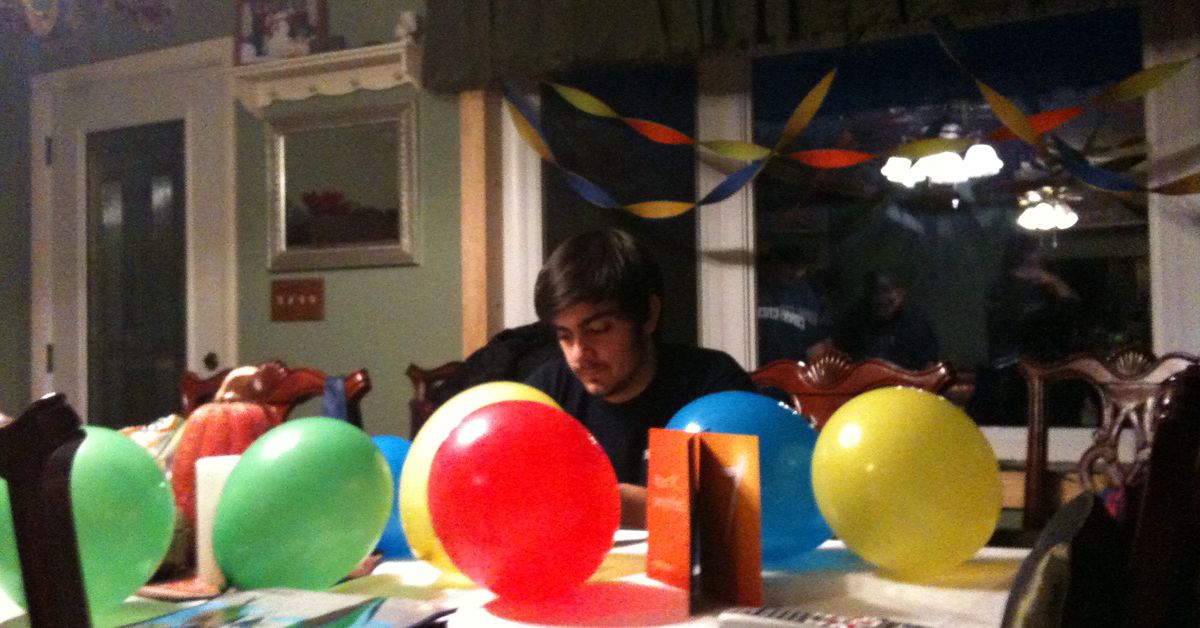 On this day in 2009 – 10 years ago – Microsoft released its new Windows 7 operating system to the public. Less than three years after its predecessor, Windows Vista, released, it added touchscreen support and brought new features such as window clicks, a new Superbar, and an updated PC file management system.

I don't remember much difference in user experience. In fact, I don't think I actually upgraded my family's Windows XP desktop. I also started using a Mac in 2008 when I went to college.

But one thing I remember is the Windows 7 party my friend Matt had at his house.

Around the time of Windows 7's release, Microsoft developed a brilliant marketing campaign: it would encourage households to organize parties for their new operating system. The company has distributed "party packages" containing a copy of the software, along with extras such as napkins, balloons and total bags for Windows 7, to users who want to participate and promote Windows 7 to their loved ones.

A video from the Microsoft Party Guide, ordered above (above), suggests that hosts "arrange a party with Windows 7 as guest of honor" and encourages non-honorary guests to use their host computer to play around with features like Snap, Web Slices, or Windows.com/help.kazi19659006 -s The coupon I attended was not as glamorous without effort, but was probably just as boring as these four adults described their parties. We were a group of teenagers hanging out at Matt's parents' house and neither of us was old enough to drink.

"I remember him throwing it anyway … maybe?"

I don't really remember using Windows 7 at the party and I don't think I would care. Matt always kept his desk in the basement anyway, and apparently we were all upstairs in his dining room. I remember really liking the design of the total bag and used it many years later.

I have no other memories of the party that can speak of his boredom. I asked my friend Tom – who may or may not attend – if he remembers going to the party. "I do not think so. I remember him throwing it anyway … maybe? ”

Did this party even happen? As I read about the Mandela effect, Tom sends me a link to the original album of photos on Matt's Facebook page. Under the photo of the swag box, Matt's mother had commented, "It seems like a good time … but where are the people?"

So I asked my friend Matt to share what he remembered about the event he hosted.

ear for the Windows 7 party campaign?

Almost safe from the tech podcast at the time. This week on Tech Buzz Out Loud or Windows Weekly (if running on this time.)

What does the party package include?

Windows 7 license, some Windows-colored balloons and streamers, a small puzzle, some bags, napkins, a deck of cards, probably more.

Who went to the party?

A bunch of high school friends. Then I was 20. Andrew, John, Danica, maybe John, maybe Dan?

Have you ever played games on your computer?

At this event? I do not think so. Their idea was that you would demonstrate the installation and features of Windows 7, but I don't remember what we did. I doubt we used it more than I said "here it is."

Did you convince anyone to take Windows 7?

I doubt it. Probably all of them will be customers. At that time there was a lot of pain when using Vista and XP was getting older.

Did you use Windows 7?

Was the game successful?

I suppose so? People came and we shared some food and did some of Microsoft's activities like solving the puzzle. I think transforming him into an adult with alcohol or real food and planning a better topic would make him a better party.

Would you throw another party operating system?

In the background, this seems something absurd to any technology company, especially when they have licensed their flagship product. I love him and I wish someone would make such an event again.