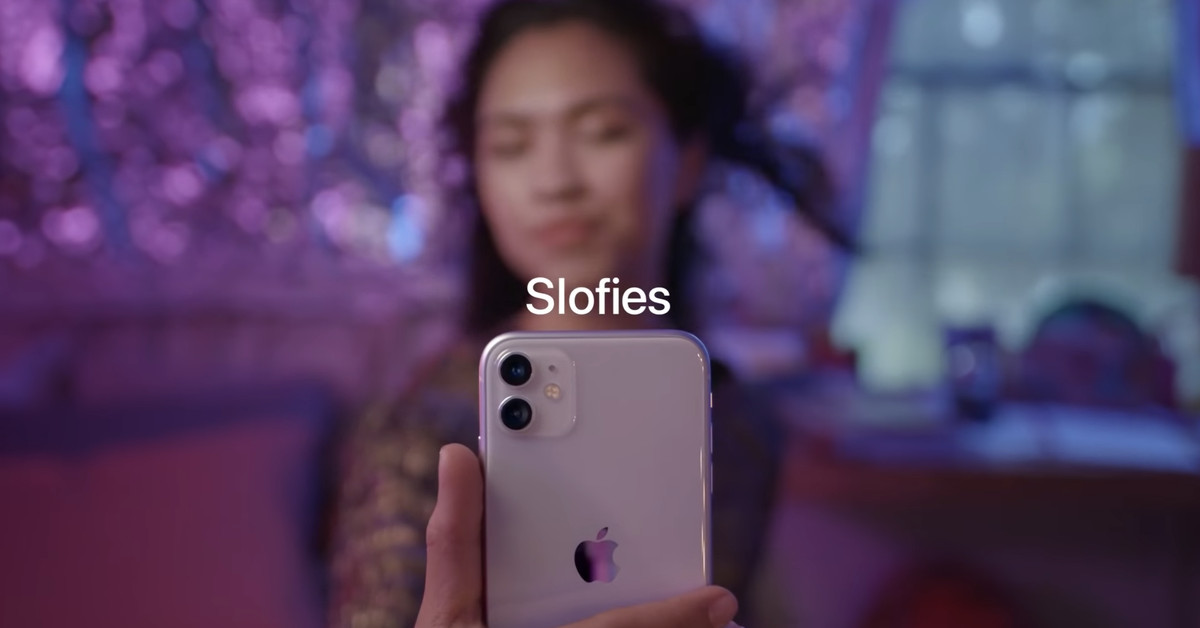 It seems that the "layers" may have been a one-off joke when Apple mentioned them during its iPhone event last week, but the company is apparently pleased with the timeline. On Friday, Apple is applying for the US trademark Slofie, which potentially gives the company control over the use of the word.

Slofies is the name of Apple for slow selfies, a feature new to iPhone 11. The front camera of the phones can now record video at 120 frames per second, resulting in a fresh delay effect. The results are clear, though I'm not convinced it will turn into an Animoji-like phenomenon that Apple can hope for.

Apple is applying for a sloffs trademark in connection with "computer download software for use in video recording and recording." This means that this trademark looks more to prevent other companies from making applications for branded camera cameras than to limit the popular use of this fully composed word. Apple has every reason to want to prevent sophisticated slofie applications from being created, as the layers are intended to be exclusive to new iPhones.

Despite its focus on applications, Apple does not actually offer application slots or mode slots on new iPhones. This feature is simply called "slo-mo" in the Apple Camera app, and the company's current use of slofie applies exclusively to the videos received, not to the app or mode used to capture them.

Apple seems to hope the layers will be a fun selling point for their new phones. The feature is mentioned on the Apple website and Apple presented a layered ad during the launch of the phones. It won't be surprising to see a lot more broadcast in the coming weeks after the phones are out. We asked Apple for comment.

I wouldn't mind if Apple took layers anyway. I can't stop accidentally writing it as "slowfie" and have written "slowfi" several times too. In case you're wondering, a Hong Kong-based company tried to retain the SlowFi brand back in 2011 for wireless communications. The trademark application and, at first glance, the company no longer exist.

In case you're wondering, Apple had to pay $ 400 to apply for a trademark.