Apple's next iPhone event will take place on September 10th 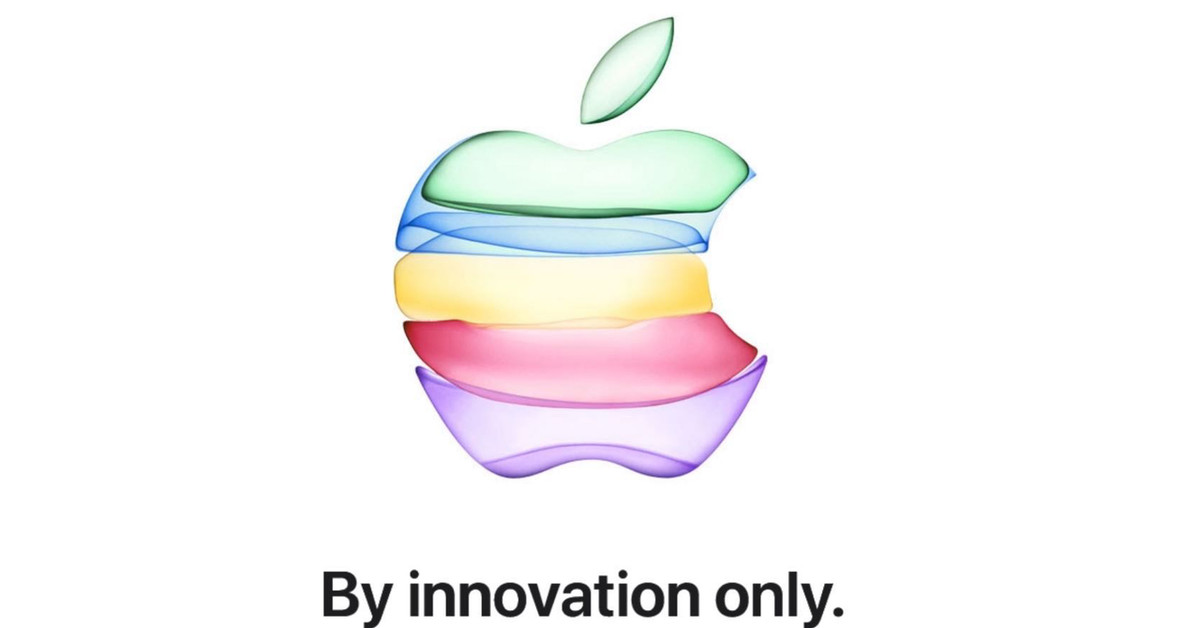 Apple sent invitations for its annual iPhone event on September 10, where the company is expected to announce the iPhone 11. The event will be held at Apple Park headquarters in Cupertino, California.

Although Apple's invitation does not explicitly say what it plans to announce the company of the event, rumors suggest that we will see three new iPhone models and they will act as receivers of the iPhone XR, XS and XS Max. Two of these phones are expected to have the first Apple triple camera system at the back of the device, and the successor to the XS may have a slightly larger 6.1-inch display (up to 5.8 inches on the current model) . [1

Another rumor suggests that these iPhones can support bidirectional wireless charging, which allows them to charge AirPods when used with their new wireless charging case. Upgrades to battery life and Face ID biometric security are also available, as well as the use of new shake-resistant technology.

Apple rarely maintains its launch events focused on only one product category. Last year, it announced the Apple Watch Series 4, as well as an update to HomePod software, along with its new iPhones. However, as it currently seems, the main products Apple is rumored to be planning towards the end of this year – a brand new 16-inch MacBook Pro, an update to the existing 13-inch touchscreen model, and a new iPad and iPad Pro – are the types of devices that are not usually announced along with their phones. We would be surprised if Apple had no news to share about the range of services currently underway and have a chance to see new titanium and ceramic cases for the Apple Watch.

Of course, The Verge will be present to bring you the latest news and announcements from California. Be sure to check out our live blog again and details on how you can watch the event yourself.

P.S. Do you see any hints buried in the invited Apple image above? The company often includes some hint, and we have a few ideas: maybe it's an aural return of the Apple logo to the back of their phones, or maybe it's the flowing vibrant colors of the next-gen iPhone XR . Or maybe we're looking at an artist's interpretation of how a MicroLED screen looks up close. It is impossible to say for sure.