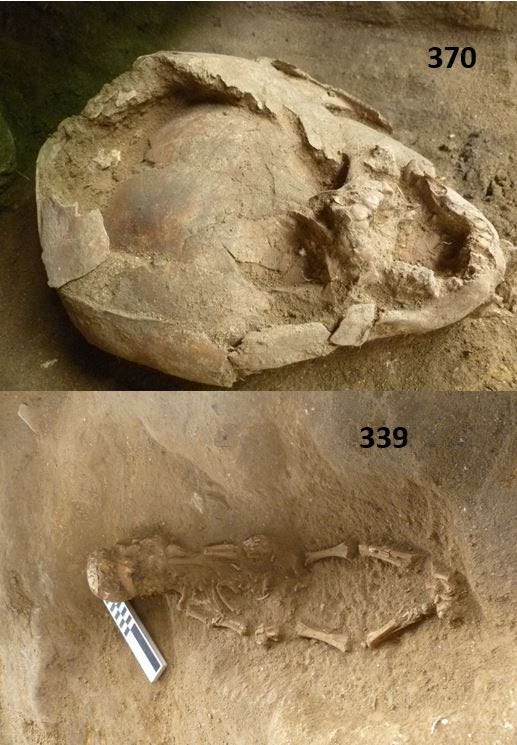 Two babies were buried more than 2000 years ago, wearing strange "helmets" made from the skulls of other children, researchers have discovered.

Scientists, led by co-author of the study, Sarah Euengst at the North Carolina Department of Anthropology, discovered the remains of a place called Salango in Ecuador and recently published their findings in Latin Antiquity.

Researchers estimate that this is the only known case of baby skulls used as baby burial helmets, ie. and they don't know what killed the babies and the kids.

DEATH-TESTED VIRUS CAN BE FAST TO HOLD FROM ARCHITICAL TWO

Children are buried with helmets made from the skulls of children. (Sarah Euengst)
((Sara Juengst))

Science output reports that a "hand phalanx", which is a type of bone of the hand, is found between the baby's head and the helmet.

According to reports, researchers do not know whose hand was involved.

Archaeologists also note that it is likely that the skulls of children had flesh on them when turned into helmets because the helmets would probably not hold together without flesh.

Juengst was joined by a colleague at UNC, along with scientists at Yale University and the Universidad Tecnica de Manabi, in reporting these findings.