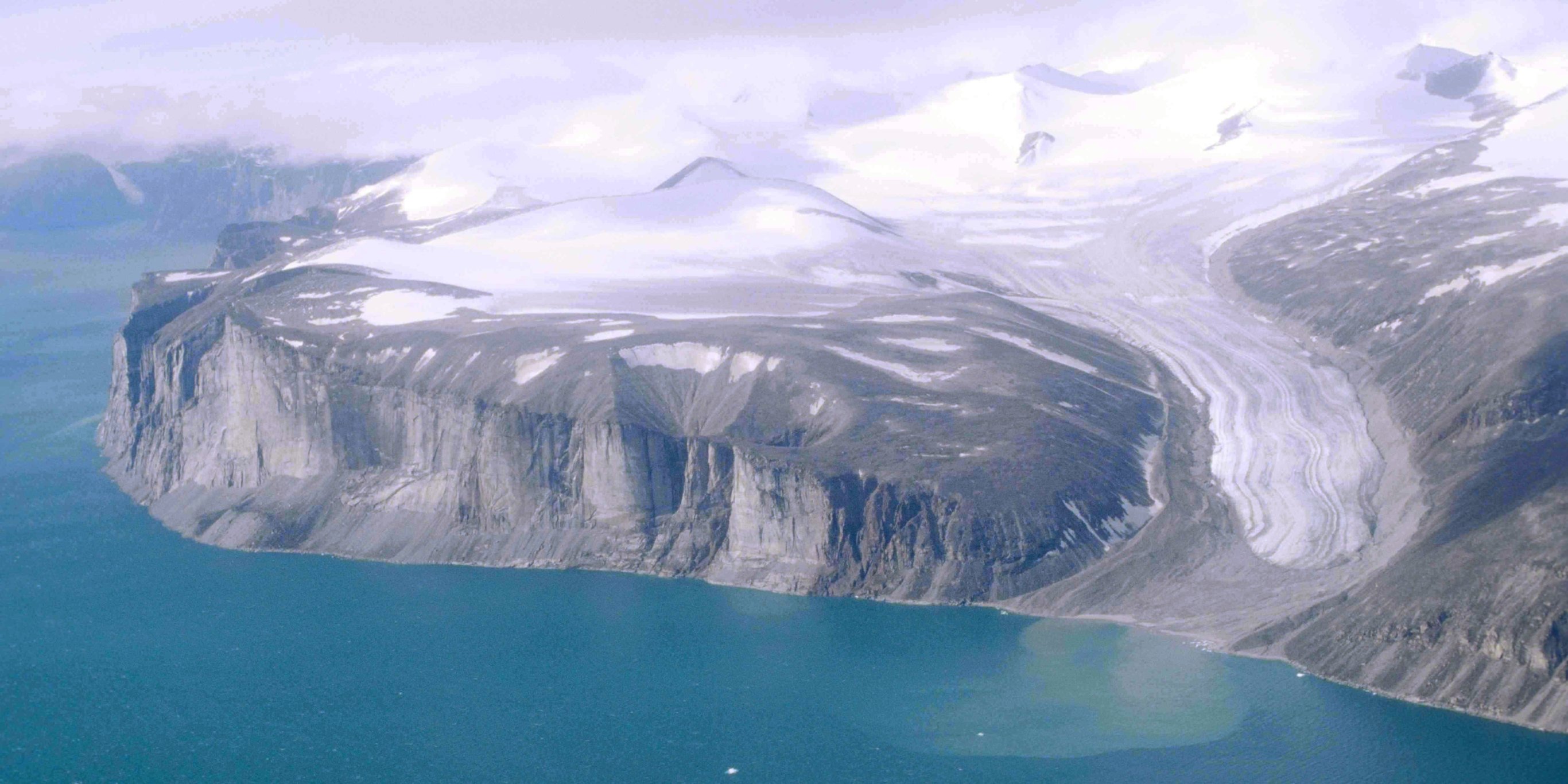 Melting ice has exposed hidden landscapes in the Canadian Arctic that have not been seen in over 40,000 years, a new research published in Nature Communications reveals.

Unsurprisingly, the study suggests climate change is the driving force behind this record-breaking glacial retreat and with Arctic temps rising at increasing speed thanks to strong positive feedback loops in the polar regions, we can expect things to warm up even faster in the near future. According to researchers at the University of Colorado Boulder, the Canadian Arctic may be seeing its warmest century in as many as 115,000 years.

"The Arctic is currently warming two to three times faster than the rest of the globe, so naturally, glaciers and ice caps are going to react faster," Simon Pendleton, lead author and doctoral researcher at CU Boulder's Institute of Arctic and Alpine Research (INSTAAR), said in a statement.

Pendleton and colleagues' research is based on plants collected at the edge of ice caps on Baffin Island, the fifth largest island in the world. The landscape is dominated by deeply incised fjords and high-elevation, low-relief plateaus. The latter conserve lichens and moss in their original position in the ice for periods of time lasting thousands of years ̵

Previous observations indicate that foliage is soon "removed" from the environment once it loses that protective ice layer, either by meltwater in the summertime or wind-blown snow in winter. This allows scientists to make a reasonable assumption that vegetation collected today is a vegetation that has been covered in ice since its original growth period. As such, it offers a pretty decent barometer for how far and how fast glaciers are retreating.

Read more: Greenland is approaching the threshold of an irreversible melt, and the consequences for coastal cities could be dire

"We travel to the retreating ice margins, sample newly exposed plants preserved on these ancient landscapes and carbon dates to the plants to get the sense of when the ice last advanced over that location," Pendleton explained.

"Because dead plants are efficiently removed from the landscape, the radiocarbon age of the rooted plants defines the last time summers were as warm, on average as those of the past century."

In total, the team collected 48 plant samples from 30 ice caps on Baffin Island as well as quartz samples, which were used to confirm the age and ice cover history of the environment. Analysis in the lab suggests that plants in all 30 ice caps were likely to have been preserved in a constant sheet of ice for the last 40,000 years – or longer.

Meltwater running through Baffin Island last 100 years have been the warmest in the region for 115,000 years.

"Unlike Biology, which has spent the past 3 billion years developing schemes to avoid being affected by climate change, glaciers have no strategy for survival," senior author Gifford Miller, professor of geological sciences at CU Boulder, explained.

"They're well behaved, summers cool, they advance.This makes them one of the most reliable proxies for changes in summer temperature. "

And what with atmospheric carbon dioxide set to spike again in 2019, we can expect more of these warm summers.

"We have not seen anything as pronounced as this before," Pendleton added. Visit INSIDER's homepage for more.